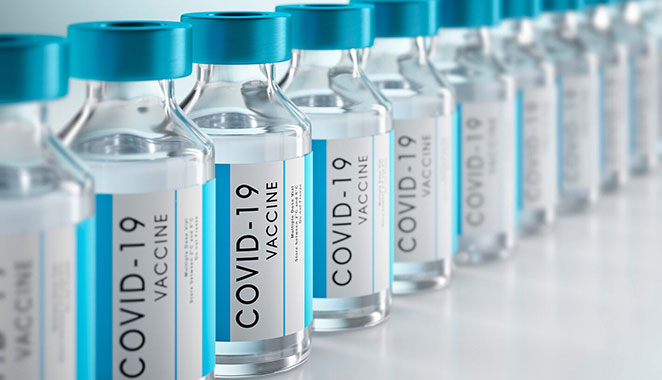 The law that brought the COVID-19 mandate into effect last year was drafted in such a way that any government minister could change any law and declare the death penalty, as the consequence.

This was the argument of Cara Shillingford-Marsh, lead counsel for the claimants in the lawsuit brought against the government by public sector workers fired as a result of the mandate.

However, Anthony Astaphan, lead counsel for the respondents (the government) countered, saying that the power given to the minister was in relation to responses to COVID-19.

In presenting her case in a virtual sitting of the High Court, on Tuesday, Shillingford-Marsh argued before Justice Esco Henry that while it is well established that Parliament may delegate its law-making powers to certain authorities, such delegation must be governed by certain rules.

The lawyer said the delegated powers cannot completely usurp the functions of Parliament and there must be adequate supervision.

She asked the court to rule that the powers Parliament gave to “the minister”; the COVID-19 Miscellaneous Amendments Act of 2020 to amend any existing law by making an order, violates Section 37 of the Constitution and the rule of law.

Acting under the amendment, the government instituted a mandate, which saw hundreds of public sector workers fired last December over their failure to take a COVID-19 vaccine.

“They delegated to an unnamed minister the powers not only to make laws but also to amend, meaning repeal, replace etc., existing laws which were made by Parliament,” Shillingford-Marsh told the court.

“If this is not a usurpation of the powers of Parliament, then I don’t know what is,” she said.

She added that the respondents have argued that there was effective control, in that the amendments made by any minister to existing laws could only remain in force for a maximum of six months, without there being a positive resolution in the House of Assembly or without the amendment being adopted by Parliament.

“We say that this is not a sufficient safeguard, because anything can happen within six months,” Shillingford-Marsh said, adding that the amendment a minister makes to a law could have “irreversible consequences.

“And no minister ought to have the power to amend laws made by Parliament and for those laws to remain in the effects for any period whatsoever, regardless of how long or short that period is,” she said.

The lawyer asked the court to consider what would be the result if a minister were to make a particular law, with the death penalty as the punishment.

“And suppose within those six months that law was actually interpreted and applied and executed. Then we would have on our hand individuals who would have died and who cannot be returned. So, it is not a sufficient answer to say that the laws made by one minister, which are contrary to acts of Parliament, which can go as far as amending acts of Parliament, those laws stay in effect for only six months,” Shillingford-Marsh said.

She said it is not enough to say that the laws not made by Parliament remain in effect for only six months.

“That is not a sufficient answer. In a democratic society, Parliament consists of elected representatives, including members of the opposition,” the lawyer said, adding that the role of Parliament is protected by section 37 of the Constitution.

“Parliament is supposed to make laws for the good governance of the state. If it is that a bill is laid before Parliament, then there will be an opportunity for the parliamentarians to scrutinise the bill, to bring public attention to the bill. And members of the public might approach their various representatives and voice their dissatisfaction, etc. And that is how democracy operates.”

She said that on the contrary, having all ministers having the power to amend an act of Parliament, “is completely unacceptable in a democracy.

“It is unacceptable, it is unconstitutional and it breaches the principle of separation of powers.”

Shillingford-Marsh said her clients are submitting that the COVID-19 Miscellaneous Amendment Act “is unconstitutional insofar as it grants powers to any minister to amend any existing law.

“I have never seen any similar legislation before,” she said, adding that the COVID-19 Miscellaneous Amendments Act can be challenged and struck down on the basis of uncertainty “in that it does not define who the minister is”.

She noted that the respondents have argued that the failure to define the minister means that any minister may amend any law.

“We submit that that cannot be the case. Because for one, a definition of minister is necessary in order for the law to comply with the rule of certainty,” she said, adding that a fundamental element of the rule of law is that the law must be clear…”

The government, acting under the COVID-19 Miscellaneous Amendments Act, passed regulation which saw public sector workers being deemed to have abandoned their jobs, if they failed, after 10 days to provide proof of vaccination.

“… we are saying that both the Minister of Health and the Prime Minister operated outside the proper sphere of authority when they made the decision to have the claimants be deemed to have abandoned their jobs,” Shillingford-Marsh said.

Meanwhile, Astaphan, addressing the issue of the law and Section 37 of the Constitution, said:

“What we are saying in this case in relation to the powers vested in the ministers to amend the laws is that it was done in relation to existing laws in response … to COVID-19.”

He said that the regulations had a schedule that listed the respective laws that would be affected.

“So, anybody looking at it would realize that if the minister or a minister made rules and regulations that were not in response to COVID-19, like the death penalty, the court will be on immediate alert.”

He said the fundamental distinguishing factor between the vaccine mandate case and those cited by Shillingford-Marsh in support of her argument is that “Parliament delegated the power and left it to the minister without any requirement to come back to Parliament for approval.”

Astaphan said that in the other cases, “it was just an underbridge delegation of authority with which some guidance as to rules and regulations to be applied”.

In the vaccine mandate case, “the Parliament retained complete control of the process, whether it was in two months, but that was extended to six”.

He said there was nothing before the court to suggest that anything untoward happened during the period in which the resolutions were not brought to Parliament as required by law.

“If one is making a challenge that it was not brought to Parliament as required by law, the obligation is on you to show that that was the case,” Astaphan said.

“So once the Parliament approved the resolution, as we say in our submissions it did, then the issues raised by my learned friends this morning become irrelevant, if not redundant.”

The trial ended on Thursday and Justice Henry reserved her decision, saying it is likely to be handed down in the new year.