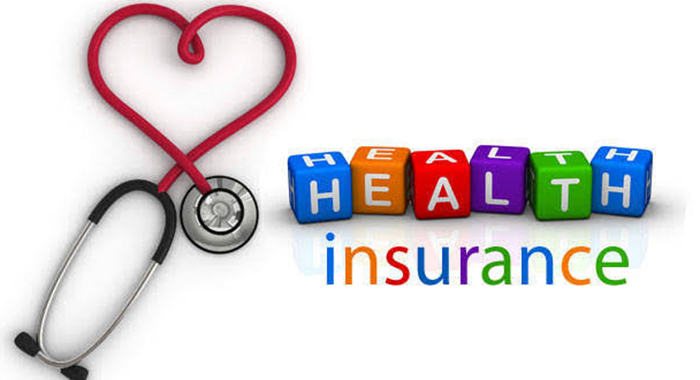 The opposition New Democratic Party (NDP) is standing by its decades-old proposal of a health insurance service for St. Vincent and the Grenadines, despite Prime Minister Ralph Gonsalves’ latest objection.

Opposition Leader Godwin Friday has been making out his party’s case for the service, noting that the research had been done since 1999-2000 and should be updated to take account of contemporary realities.

On Monday, Friday stood by the NDP’s position saying that when Prime Minister Ralph Gonsalves  proposed a regional approach in the Budget Debate last week, he was acknowledging such a programme can work.

“I don’t understand how they’re going to do it on a regional basis,” the opposition leader said.

“If we have a situation where we have a national health insurance plan that the New Democratic Party had devised, had a study done back in the 1999-2000 …, it is something that will transform healthcare in this country, make it accessible to everybody and have the system properly, better funded so that we can have the basic things available,” Friday said on his party’s programme on NICE Radio.

He noted that in the Budget Debate he had listed a number of services that the proposed national health insurance service could cover, adding that further consultation is needed.

“… I do believe that the time has come for us to do it,” Friday said.

He said the International Labour Organization, its assessment of social protection programmes from 2020 to 2022 said that even poor countries that think they do not have the means should not be going back to a system “where you provide a minimalist kind of response.

“It should be one where you will have social protection as a primary goal and you have a pooled resources system that helps you to finance it and that is where I believe that we should be going in this country,” the opposition leader said.

He said this something that the ruling Unity Labour Party, “which calls itself a labour government, should be jumping to implement”.

“If you say you can’t afford it, what you’re basically saying is those people when they get sick, if they don’t have the means they will die, or they will suffer unnecessarily.

He said people are more likely to seek early medical intervention if they know they can afford it, and they can thereby avoid serious illness.

“It’s something that the New Democratic Party had put together back towards the end of the NDP government in 1999-2000. And it was thoroughly researched and prepared and we campaigned on it,” he said.

“So it was presented to the government, this present government it in 2001, 2002 when they came into office, and they seem to have shelved the idea, because well, there’s an NDP idea of course. Why else?”

However, in the Budget Debate, Gonsalves noted that Friday had said that workers would not mind contributing 4% of wages and salaries to a health insurance service.

Gonsalves noted that the executive director of the National Insurance Services has said that sometime in the next five years, the contribution rate will have to increase by around 5 percentage points.

“Well, the worker is very interested first of all, more than the national health insurance …  Interested in maintaining his pension for the old age;  he or she is interested in the sickness benefit to get 60% of the money when you’re sick so you ain’t just empty handed,” the prime minister told lawmakers.

He further said that people would be interested in receiving survivor’s benefit when the pensioner dies or disability or invalidity payouts.

The prime minister noted that the minister of finance has said that the NIS received 73.3 million in contributions last year, adding that 4% of this is about EC$2.9 million.

“… but the hospital services alone is $43 million. When you add the $12.5 million dollars for pharmaceuticals and other supplies — call it $55 million for those — $2.9 is a drop in the bucket,” Gonsalves said.

He said that when the employers’ contribution is added, the health insurance earning will amount to around EC$5.8, which he said is “still a drop in the bucket.”

“What they’re planning to do is to tax the workers to deliver what the workers getting free at the moment under the government system through the central government financing.”

Gonsalves said the person who did the 1999-2000 study is his friend and made a presentation to the Cabinet in 2011 —  when the Unity Labour Party was elected to office.

“Which world they live…?  Then they assume that the population will increase so that the numbers of participants will be larger and then they didn’t take sufficiently into account the size of the informal economy which we have and the difficulty of getting persons in the informal economy to pay the NIS,” Gonsalves said.

The prime minister said he has read up onnational health service insurance.

“The contributions you will require would be so high to have a good equitable national health insurance system it will have to be such a high number that it would become counterproductive in relation to other areas in terms of what disposable income the worker would have and the very expensive nature of how it is for the  the employer to run his business.”

He said he is trying to push a national health insurance system for the Organisation of Eastern Caribbean States.

“And not only that to work with the private sector and to buy in with the private sector. And to see if we can bring Barbados, therefore, and if possible people out of Trinidad. So you have a larger pool of insured persons for health so that the premium payments will be lower,”  the prime minister told Parliament.