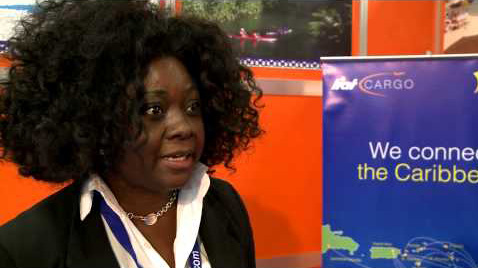 LIAT’s has responded to a customer complaint that went viral after owner of Virgin airline, Sir Richard Branson, tweeted it last month.

The letter went viral and attracted regional an international media attention after Sir Richard tweeted it to his three million followers last month.

Sir Richard’s tweet read “How to write a complaint letter — read this hilarious note from a frustrated airline passenger.”

LIAT’s response came in the form of two videos uploaded to its YouTube channel on Monday.

In one of the videos, Leesa Parris-Rudder, LIAT’s Director of Commercial & Customer Experience, challenges Sir Branson to a race to Necker Island, a 74-acre island Sir Richard owns in the British Virgin Islands.

Parris-Rudder said that the regional airline takes every complaint seriously but that LIAT is second only to Virgin to receive the funniest complaint letter every written about an airline.

She said that all airlines have bad days and that Virgin is almost always the David in any David and Goliath situation.

This time, LIAT will be the David in a race against Sir Branson to Necker Island, she further said.

The loser can wipe the other airline’s tail or Branson can dress up as a flight attendant for LIAT.

And, to the disgruntled passenger, the high-ranking LIAT executive said: “And, by the way, Arthur, the Caribbean is one of the most beautiful places in the world. Who wouldn’t want to experience it? Try us again. We’ve got you covered.”

In another video also released on Monday, Parris-Rudder responds to some of the issues that Hicks wrote.

The passenger has “a few issues with his flight”, she said, adding that they related to on time performance, loss baggage and island-hopping.

She said the letter was “absolutely fantastic, very entertaining and well-written” and that LIAT has seen it in the media and has been investigating it internally.

But Parris-Rudder said LIAT had not found any complaints from the customer. It also found no complaints about lost or delayed bags.

“So, we are still in the process of speaking to the passenger to get some more details and to ensure that this passenger is satisfied,” she said, adding that the passenger travels with LIAT quite frequently and is valued.

She further said that “customer focus is pretty much mainstream for us now.

“It is the centre of what we do. The customer is the airline, so several initiatives coming off that will improve what’s there — our current product,” Parris-Rudder said.

“So, we have an appreciation for what he did and how it was done. So, sometimes good things come out of bad press,” she further said, adding that she hopes Sir Richard will take up the challenge.

She further said that LIAT passengers could expect several changes in the coming months.