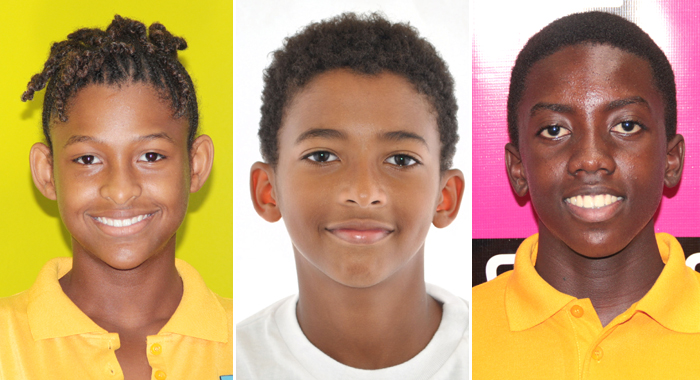 Eighteen clubs consisting of 319 swimmers from the region participated in the event.

Not only did she win the event by over 5 seconds, but Joachim also set a new meet record and smashed the Barbados national record by more than half a second.

Joachim went on to dominate the girls 13-14 years age group, winning a total of 5 gold and 3 bronze medals and was awarded the Girls 13-14 Age Group Champion.

Nikolas Sylvester added to the medal count by swimming his way to silver medal position in the 50, 100 and 200 breaststroke in the Boys 13-14 age group, whilst younger brother, Justin Sylvester, swam with improved strength, delivering 10 personal best times.

“Once again our swimmers did St Vincent and the Grenadines proud when competing within the region,” Black Sands coach Kyle Dougan said. “Shné swam one of her most solid performances yet, proving to the region that St Vincent and the Grenadines has a dominant force in the girls 13-14 swimming category.” Dougan assisted in the medal count for Black Sands Swim Squad, swimming himself to a bronze medal in the men’s 15 years and over 50m breaststroke.

Shné Joachim and Nikolas Sylvester will lead the SVG swimming contingent at the upcoming Commonwealth Games in Glasgow, Scotland in late July.

“In spite of their limited training facility, the elite swimmers of the SVGSF continue to establish SVG as a dominant force in swimming. Their continued determination, successes and the ever increasing interest of young people joining the sport further confirm that expanding the Shrewsbury pool is a necessity to grow the sport in SVG,” the Swimming Association said in a press release.

“We thank the Government of St. Vincent for recognizing this need by granting the association permission to expand the pool facility and the assistance they will offer to carry out some of the work,” the release further said.

One reply on “Vincentian swimmers bag 14 medals in Barbados”