CDC can do ‘very little’ to cut rising cost — Ambrose 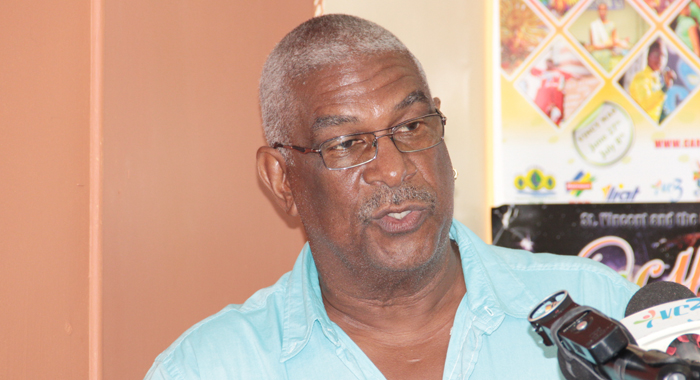 Chair of the Carnival Development Corporation (CDC) Dennis Ambrose says he sees “very little” that can be done to reduce the cost of staging Vincy Mas, amidst declining income, which saw the CDC running a deficit in 2013.

“I see very little we can do at this present time to reduce cost,” he said in response to question at a press conference on Tuesday.

Ambrose said that while some CDC shows — such as Soca Monarch, Miss SVG, and Miss Carival — make money, others are poorly attended and have to be heavily subsidised.

He said the shows that lose money, such as Mardi Gras, “are very important and actually are really the core of the festival”.

Ambrose said Mardi Gras is poorly patronised, even as thousand of people come into Kingstown to witness the parade of the bands.

“When you look at the revenue then, it is meagre. But the cost of staging Mardi Gras, paying the prizes alone, that production alone is perhaps well over $200,000,” he further said.

The situation is the same with Dimarche Gras, Ambrose said, adding that while the calypso finals is important, sometimes gate receipts are not enough to pay for appearance fees.

“It is not in all shows that the dance could pay for the light, but these shows are important. They are what make Vincy Mas.

“And if perhaps we should consider eliminating some of those shows, but then we won’t have a carnival. What we whould be having is just fetes. Fetes can’t make carnival; fetes are only a part of carnival,” he said.

Ambrose said he does not think there is much the CDC can do to reduce rising costs, “unless of course, if you consider eliminating some of the shows.

“If the carnival has to go on, we will have to support the shows, like we have done been doing,” he said, adding that if Vincy Mas is to continue being among the best in the region, “we have to keep up and support.

“What I would like to see is more persons attending our events, like the pan events. You hear people talking so much about how much they love pan, how much they support pan. Come to the pan shows and you will see how much people attend the pan shows. So, it is like put your money where your mouth is.”

Ambrose said it is not cheap to operate a pan side, noting that a   tenor pan can cost as much as EC$5,000.

“So, when we pay prizes which people think are enormous prizes, like last year when we gave a 10 per cent increase to the components, and they thought maybe that was lavish. You have to take into consideration the amount of money it takes to support a steel orchestra and to bring them to competition.”

Ambrose said the CDC pays out close to EC$700,000 in prize monies for Vincy Mas.

Weather is also a factor that affects income for Vincy Mas, Ambrose said.

“We have to take into consideration that Carnival is held at a time when it is the rainy season, and sometimes the weather might be inclement. People would not venture out to come to the show, but the show is taking place,” he said.