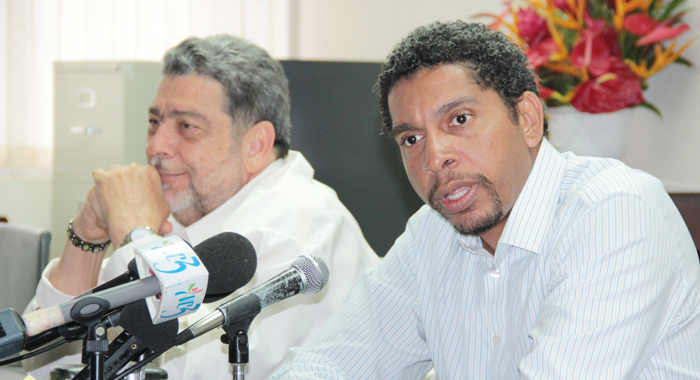 The application of a St. Lucian company to provide cable television service in St. Vincent and the Grenadines will receive the support of Prime Minister Ralph Gonsalves if it is discussed in Cabinet today.

Gonsalves told the media on Monday that he does not like the changes that existing cable TV provider FLOW has made to its packages and that he will support the application by Spectra.

Many of FLOW’s customers have complained that some of the more popular channels have been removed from the basis package and that the changes were made without informing them properly.

“… I am certainly not pleased when I formed the impression, either by myself or listening to people, that a particular investor has not taken into consideration the feelings of the consumer and the consumer market,” Gonsalves told a press conference on Monday.

He further said that while he has not studied closely what FLOW has done, the impression, generally speaking, is that a wide cross-section of people are not satisfied.

Minister of Telecommunication Sen. Camillo Gonsalves told the same press conference on Monday that his ministry is aware of and monitoring the development.

He said that executives from FLOW, which acquired its predecessor, Karib Cable, had informed his ministry that some channels could no longer be offered because of legal reasons.

Sen. Gonsalves is expected to travel to Turkey today on government business, and Prime Minister Ralph Gonsalves will act as telecoms minister.

Meanwhile, the Prime Minister, who is also Minister of Finance, said that while he does not know the economics of the cable television business, when he see something can say if he doesn’t like it.

“I really don’t like it. I don’t like it and I want them to hear me,” he said of the changes that FLOW has made.