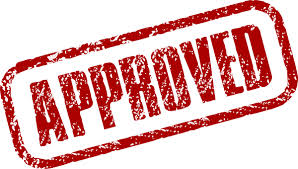 I-Witness News understands that businesswoman Desiree Richards, publisher of The Vincentian newspaper, along with Tony Regisford, and Dwight “Bing” Joseph and his wife Louise Mithcell Joseph, all of whom are said to have interest in IKTV, are owners of Power FM.

It is not known how soon the station will begin broadcasting.

The granting of the cable TV licence comes on the heels of mass complaints by Vincentians about changes made to the packages offered by cable TV provider FLOW.

Minister of Telecommunications, Sen. Camillo Gonsalves, left SVG for an official visit to Turkey on Wednesday, and Prime Minister Gonsalves signed the approval of the two licences.

I-Witness News understands that Cabinet agreed several weeks ago to grant the licence to Power FM.

“We embrace competition. Our philosophy is certainly to be a company that offers value for consumers. In every market where we operate, we have a competitive environment. We did not start up as a big company, it is through our products and services to our consumers and in fact our work with consumers we have grown to where we are today,” he said, when asked to respond to the government’s indication that it would grant another cable TV licence.

“So, we welcome the competition because competition forces us as companies, as individuals, to offer better service to consumers, better value for money, and to more aggressively meet their needs and interest,” he further said.

Gordon, however, told I-Witness News that he is not aware of any mass return of set-top boxes amidst customers’ frustration with the changes to the channel line-up.

“We have various internal meetings over the past few days and I am not aware of customers bringing back set-top boxes to our store.

“They brought back boxes for rescanning, but I am not aware of a significant number of persons disconnected,” he said.

He added that a photo circulating on social media of set-top boxes on the ground, seemingly near a forklift truck, is “dated”.

“I understand from my services supervisor that it is a dated photo from a wharf on one of the Grenadine islands. I need to clarify where it was, but from what I understand, that wasn’t a recent photo, that was a dated photo going around.

“I was here in office on Friday… and most of the traffic which passed through was persons rescanning their set-top boxes, questions about migration, and in cases, persons expressing sentiments about their displeasure or their questions really on the changes in the channel line—up; but not a mass disconnection,” Gordon told I-Witness News.

He further said he has seen the meme below, which has also been widely circulated on social media.

“Certainly, it speaks to the point that consumers are expressing their sentiments, and it is a very important thing for consumers to do. We are service providers and we ensure we are listening to our customers, … and to find ways to meet their needs and to improve their service experience,” Gordon said.