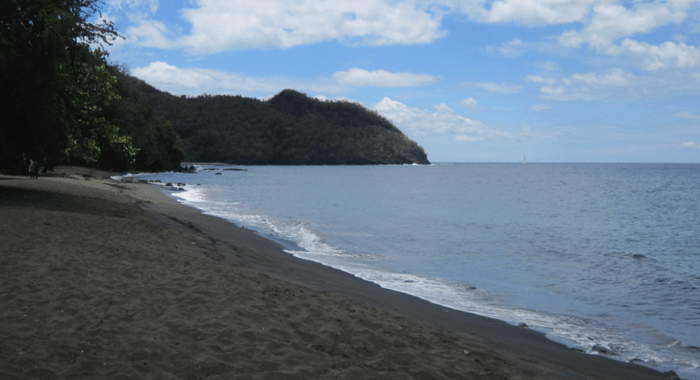 Fundamental to the success of Argyle International Airport (AIA) is whether St. Vincent Island, with its unappealing gritty black volcanic-sand beaches, limited tourism resources, and regionally uncompetitive holiday prices will ever reach the passenger capacity to generate enough spin-off hospitality and allied revenue to just break even, given the airport’s high construction, operation, and allied costs.

I propose that our cruise ship passenger and E. T. Joshua airport numbers, both individually and collectively, together with the tourist figures presented throughout this series of essays for our Caribbean neighbours, are a good proxy for expected passenger arrivals at AIA. My best guess is that if AIA brings in even 21,000 additional visitors five years after its completion, this would be a miraculous achievement. This number is half-way between our current E. T. Joshua numbers (74,000) and Grenada’s current airport numbers (116,000), a figure which gives extra credit to the latter’s superior tourist offerings and decades of hospitality experience. If 21,000 more visitors would be a miracle, then what should we call Minister of Tourism, Cecil McKie’s wild prediction of 250,000 air arrivals only two year’s after AIA’s completion which, if correct, would push us way ahead of Grenada, equal to Tobago, and on the road to surpassing St. Lucia?

Since most of these visitors, whether 21,000 or 250,000, would arrive during the high season, November to April, a bigger miracle would be finding somewhere for them to stay and things for them to do and see. Given the airport’s large construction debts and anticipated operating expenses plus the costs of creating, enhancing, and maintaining our tourism products and allied infrastructure, not to mention the enormous increase in advertising and promotion costs to attract even 21,000 new travellers, the flip side of these miracles would be a cost-benefit economic cataclysm of unimaginable proportions.

Equally important, tourist numbers are dependent on economic conditions in the three wealthy overseas countries most of our winter sun-worshiping guests would come from — the United States, Great Britain, and Canada. When times are tough, people in those countries just stay home. When times are good, tourism tends to be something of a zero-sum game: one locale’s tourist gains are another location’s tourist losses. Except for numerically insignificant outliers — people who have never visited the Caribbean before and want to go somewhere “exotic” (read: a place no one else wants to visit) for their first tropical experience, moneyless backpackers glad to camp on the beach, and those who have been everywhere else and want to go somewhere new — most of our hypothetical 21,000 gain would have to come at the expense of our neighbours, countries with miles of long white-sand beaches, shimmering turquoise inshore waters, a more developed, attractive, and professionally managed tourism product, and a much richer promotion budget. There is no indication that this is going to happen.

In an on-line editorial that I highly recommend, Gregor Nassief, President of the Dominican Hotel and Tourism Association and an upscale-hotel owner, listed his concerns late last year about his government’s plans to build an international airport there, many of which apply to our Argyle International Airport (AIA) project. Opposition to constructing what I will call Dominica International Airport (DIA), coming from someone who should be the airport’s biggest private-sector cheerleader seems almost incredible, at least until his thoughtful comments are considered.

Mr. Nassief claims that he is not “anti-development” (a charge also levelled against those who hold similar reservations about AIA), just worried that the airport will not be a success because it is being conceived out of whole cloth (a charge also made by AIA sceptics). For example, he argues that:

“Many in Dominica simply assume that an international airport will significantly increase stay-over arrivals to Dominica and suddenly boost the industry. This is based on the strong belief that tourists do not come to Dominica because they cannot get a direct flight here. The fundamental challenge for Dominica’s tourism industry is not lack of direct flights, it is lack of awareness of the destination. Most people still have never heard of us, and many that may hear about our island assume we are the Dominican Republic and do not give it another thought.”

The same holds true for St. Vincent and the Grenadines (SVG) which is almost totally unknown, except for the Grenadine keys, outside the region. (Many years ago, when the Young Island resort was actually thriving, some overseas visitors thought that St. Vincent was part of Young Island, not the other way round!)

Part of reason that no one has heard of Dominica or the island of St. Vincent is that not enough is spent on tourism marketing in both countries. St. Lucia spends EC$40 million on destination marketing; Barbados spends EC$135 million on marketing its tourism product. If my interpretation is correct (the real numbers may be buried in other categories), in the 2015 Budget estimates, SVG is earmarked to spend an insignificant sum of $EC 547,587 on tourism advertising and promotion, a decrease of 8.8 per cent from the previous year.

Ecuador just spent a whopping US$3.8 million, or over EC$10 million, to air a 30-second commercial at the recent Super Bowl football championship game hoping to sway some of the estimated 112 million mostly American TV viewers to visit the South American country. Where does this leave us? With low airport arrivals.

This is confirmed by Mr. Nassief when he argues:

“Dominica’s air access challenge is one of economics and convenience, not one of infrastructure. With higher demand for our destination, there would be more airlift and better options. The main/scheduled airlines that currently service Dominica have the capacity to carry between 34 and 68 passengers per flight, but on average arrive and leave with 40% — 50% of their seats empty. Many of them are financially challenged to continue servicing Dominica. And we think major international carriers with 200+ seats will suddenly start arriving if we have an international airport?”

LIAT, the main airline servicing both countries, arrives and departs from E. T. Joshua Airport with at least as many empty seats most of the year, a feature that many Vincentian-born overseas visitors who are praying for AIA to be completed are oblivious to because they come home only during the busy, often chaotic, Christmas and Carnival seasons, times when every seat is occupied, flights are chronically delayed, and baggage habitually left behind in Barbados, sometimes for days. (Believe me, I know this from bitter experience!) These visitors, some of whom “turn beast” when confronted with delays and lost luggage surely know, or need to be told, that flights are late and bags go astray at international airports all over the world during busy holiday times. At least we in the tropics don’t have to sleep on the terminal floor in shuttered airports for days on end while a snow storm rages outside, as occurs all the time in North America and Europe.

Nevertheless, many empty seats on existing flights does not bode well for traffic at either DIA or AIA since this shows a lack of awareness, interest, or both by the foreign travelling public. Despite Mr. Nasief’s concerns about awareness of and interest in his country, Dominica annually receives three times more air and sea holiday visitors than we do. What does this say about the quantity and quality of our mainland tourist offerings?

The difficulty gaining more visitors, regardless of how much money is spent to attract them, is compounded by the other financial considerations mentioned by Mr. Nassief, issues the governments of both countries have run away from:

“There is also the question of economics — the cost to build and operate the airport, as well as whether it makes business sense for international airlines to introduce direct flights to a destination like Dominica — which is fundamental to the discussion. Without an honest assessment of the magnitude of these financial challenges, both to Dominica and to the international carriers, we keep hanging our hopes on the illusion that an international airport is the answer.”

I leave others to discuss the ever-growing cost to build and the unknown millions to operate AIA and only ask whether regularly scheduled international airlines will be willing to service our tiny market, a topic that will be elaborated on next time. According to Mr. Nassief:

“A recent study showed that for a single airline to break-even financially servicing Dominica with five direct flights a week from Miami would require 30,000 passengers annually, a number that far exceeds the 18,000 visitors that arrived here from the United States in 2013 [which is the same number that St. Vincent receives from the USA]. The current demand to drive the economics is far from where it needs to be.”

Still, Dominica may have lots of long-term potential to increase its airline holiday visitors, something we lack on our mainland. With so much to see and do — including the just opened Waitukubuli National Trail, a 115 mile series of professionally maintained, managed, and interconnected cross-country paths all over the island aimed at all levels of walkers, hikers, and climbers, a first of this kind of recreational activity in the entire Caribbean region — for eco-tourists wishing to sojourn far from the maddening crowd on this sparsely populated island, the country could well match its 230,000 plus annual cruise ship arrivals (four times our numbers) in 10 years. But this would also have to be accompanied by a massive increase in marketing and the construction of thousands of new hotels rooms (there are only 500 at present, a few less than our mainland SVG number). Although Mr. Nassief does not say so, I suspect that he would agree that this would be very difficult, if not impossible, to achieve given the “Nature Island’s” reputation as a small-scale, low footprint, eco-friendly destination, a label we have also chosen for ourselves when we call our country “the natural place to be.”

This is because the more tourists and the bigger the facilities to house them, the greater the threat to Dominica’s (and SVG’s) fragile environments. The end result would be to kill the goose that lays the golden eggs.

With all the constraints facing holiday visitor expansion in Dominica, an uncrowded country blessed with so many more tourist resources and so much more potential for tourism growth, where does that leave us on mainland St. Vincent?

This is something only our Dear Comrade seems to know.

This is the seventh in a series of 12 essays on the folly of the proposed Argyle International Airport.

The others may be found at:

4 replies on “Why Argyle Won’t Fly: Lessons from Dominica”