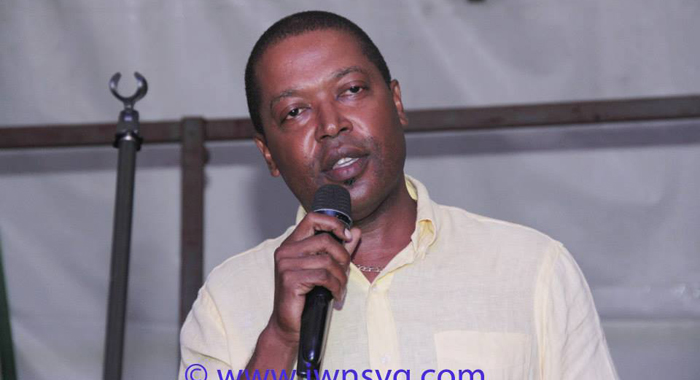 “I hear a lot of talk about poll showing that Ben Exeter was ahead. That is just a wishful thinking. The party support remains very strong, very, very strong in Central Leeward, but there was a division,” Straker said.

Neither incumbent Member of Parliament for Central Leeward, the ULP’s Maxwell Charles, nor his challenger, Dunstan Johnson, received an outright majority at the constituency conference Sunday night and neither of the men was willing to give way to the other.

The impasse triggered Political Leader of the ULP, Prime Minister Ralph Gonsalves to ask Straker to carry the ULP’s banner in the next general elections, due in March 2016, but widely expected this year.

Speaking on radio on Monday, Starker said that both camps were very strong in their support for either Charles or Johnson and a third candidate was needed.

And five years after he retired from politics after 16 years representing Central Leeward, the 73-year-old politician thinks that he still have what it takes to win again.

“But I am in good health and I feel I can carry on the campaign. I am honoured to serve with the team that is emerging under the ULP, under the leadership of Ralph Gonsalves who has been my friend, and who has been a benefactor, in a sense, to Central Leeward. Many of the things we got done in Central Leeward is because I had the full support of the Prime Minister,” Straker said.

He said would be glad if he could be of some assistance to Sen. Jomo Thomas, the ULP’s South Leeward candidate, and Carlos James, who is representing the party in North Leeward.

Straker noted that the bulk of his relatives are in the Buccament Valley in South Leeward.

“I have a lot of relatives and that’s why I worked so hard to get that bridge to help the people from Francois into Vermont,” he said.

Gonsalves on Monday also sought to pour cold water on suggestions that Straker’s return was in response to inroads that Exeter, a first-time candidate, might have made in Central Leeward.

“Anybody who has seriously written something like that, men in white coats should go for that person and take them out of Orange Hill, where you have persons with a particular challenge mentally.

“That’s a crazy person. You know sometimes you have some rabid NDP people, they’re rabid to the point of stupidity and stupidity even degenerates to the point of madness. For somebody to tell me about Ben Exeter being a quality candidate, I mean — come on,” Gonsalves said.

“One of NDP’s problems is quality of candidates and quality of leadership. You have some people who, their disposition and their countenance appear so sad and mournful, it’s like the proverbial farmer who is so disappointed that everything is going wrong for them, that he prefer to throw himself under the proverbial omnibus.

“I mean anybody can seriously talk about Ben Exeter as a quality candidate? The fella doesn’t understand the simplest thing about governance and government. I mean the number of gaps you would have heard, the level of his immaturity, despite the fact that he is a grown man.

“Maxwell Charles and Dunstan Johnson are candidates with record of service to their country, which excel, by far, that of Ben Exeter. So what they talking about, much less to a veteran like Sir Louis, whose worth and merit we know well,” Gonsalves said.

“Now, I am quite sure that this morning the opposition must be quaking in their boots with the prospect of the return of Sir Louis. Comrade Louis has served that constituency incredibly well,” Gonsalves said.