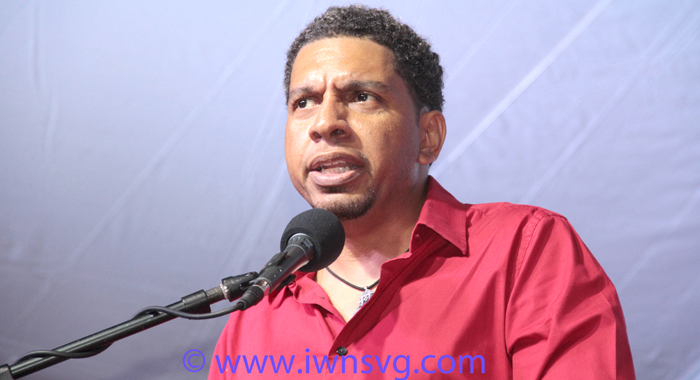 Sen. Gonsalves said in Calliaqua on Saturday that he is not competing against the opposition’s candidate because all he has is a losing record.

Lewis has failed to win a seat in the St. George constituencies three times, once in West St. George, and twice in East St. George. (see video below)

He added that come next general election there will only be one new name on the ballot paper: Camillo Gonsalves.

“So I am not running against anybody, but I will tell you what I am running for,” said Sen. Gonsalves, who is also Minister of Foreign Affairs.

“I am running for the opportunity to represent and serve the people of East St. George and St. Vincent and the Grenadines.

The ULP will seek a fourth term in office in elections due next year March, but widely expected this year.

Sen. Gonsalves said that the ULP, which came to office in 2001, has “an enviable record of progress”.

He mentioned the “education revolution”, and said there are more schools, more students, more scholarships, more teachers with university degrees, more student loans, and more opportunities for students and young people to advance themselves.

“These are policies of the Unity Labour Party,” he said, adding that the ULP administration has given away over 30,000 laptops.

He said there are more jobs in St. Vincent and the Grenadines than in 2001, less poverty, and less hunger.

Sen. Gonsalves spoke of the Rabacca Bridge, learning resource centres, and the jetport in Canouan.

“We have good governance today that we didn’t have before and we are building an international airport just up the road in Argyle, that we have never seen before in this country.

“Thank you, comrade! Thank you, Comrade,” he said in reference to his father, Prime Minister Ralph Gonsalves.

3 replies on “Camillo says he’s not running against Linton”