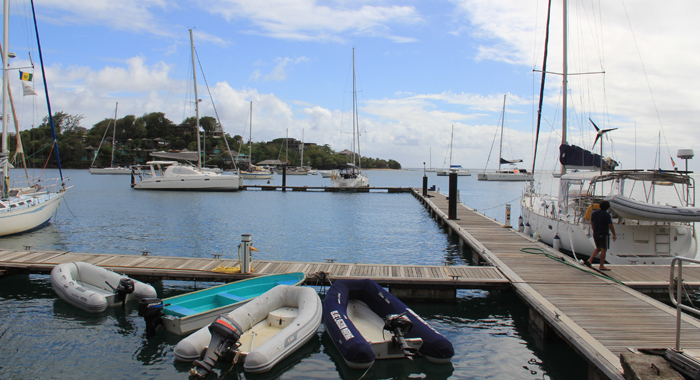 Key to the success of Argyle International Airport (AIA) is the issue of St. Vincent and the Grenadines’ (SVG) mainland hotel capacity, also known as “if you build it, where will they stay?” According to the 2015 official SVG tourist guide, the mainland has a hotel capacity of only 564 hotel, apartment, and guesthouse rooms, hardly sufficient to accommodate the tens of thousands of new visitors AIA is supposed to attract. (There are a couple hundred more rooms in short-term efficiency units, private homes, small apartment complexes, and duplexes that are not listed or well advertised and thus generally unavailable to international travellers). Fully 17 per cent of these are located at the island’s largest guest facility, the troubled Buccament Bay Hotel and Resort, which took retirement savings from elderly British investors years ago to build some 1,200 income-generating holiday villas. Few of these were ever completed in what is now a half-derelict project and only 98 are listed as available for rental.

This government, like others in the region, has a more than generous incentive programme for new hotel development. But only tepid interest has been shown so far by local hoteliers and none by reputable international hotel chains or investors even though the “substantially complete” airport is into its tenth year since conception and set to be open for business just months from now.

In the 2015 Budget Address, the Prime Minister argued that the “impending opening” of AIA “… has drawn a group of Canadian investors to present a proposal to the government for a US$200 million hotel investment at Mt. Wynne/Peters Hope. Our government has accorded “approval in principle” for the proposal. The government and the Canadian investors are likely to sign a Memorandum of Understanding within a few weeks, hopefully in February 2015”.

We have heard about investor interest at Mt. Wynne/Peter’s Hope for years. Could this be the same (very patient) investors or is this some new interest? Where is the approximate location of the “hotel investment”? After all, the Mt. Wynne/Peter’s Hope region consists of three different bayside region and adjoining lands totalling 400-500 acres (depending on different estimates), an area that could easily hold a dozen large hotels, each valued at EC$200 million, plus countless other recreational activities, perhaps even an 18-hole golf course.

A single full-service luxury resort complex costing this much would likely contain no more than 120-150 units, hardly justification for the construction of a billion dollar airport. The same budget also mentions other local hospitality sector endeavours which, together with the Mt. Wynne/Peter’s Hope project, would raise our mainland room capacity to a paltry 750 at most.

In contrast, St. Lucia today has some 5,000 hotel rooms available for holiday rental, 2,000, or 40 per cent, of which were in place and doing business years before a serious increase in regularly scheduled international flights began in the 1980s, according to Gregor Nassief, president of the Dominican Hotel and Tourism Association. The same holds for Grenada, says Mr. Nassief, which had 1,000 rooms available 10 years before regularly scheduled international flights displaced irregular charter and regional commuter flights.

What this and countless other examples show is that demand generally pushes supply, not the other way round, in the transportation sector of the hospitality industry. This is why the Prime Minister’s now famous (or infamous) Aug. 8, 2005 justification for building AIA because, “Our country’s tourism potential would not be fully realised unless we build an international airport” made no sense then and makes even less sense now on the eve of AIA’s planned completion. Simply put, there was no compelling need or potential demand for the airport in 2005; with no significant growth in tourism numbers in the past 10 years, there is even less need or potential demand for the airport in 2015.

Perhaps the best proof that “fully realising our country’s tourism potential” means more development not on the mainland but in the captivating Grenadines, our very own 32-island pearl necklace, a glorious gift from God and nature, if there ever was one. The international media, including the influential New York Times, know this, as do many Vincentians, judging from the boats sailing there every long weekend with passenger numbers exceeding those picnicking at our mainland beaches. (The Prime Minister and his family have been spotted holidaying there as well.)

These tiny islands, which make up only 11 per cent of the nation’s land mass, have a total of 409 guest rooms of all types and well over 100 rental villas, mostly at the pricey end of the accommodation continuum. (Again, there are many more rooms in private homes and apartments in larger dwellings which are not listed so can hardly be counted as available to most international travellers). Luxury villa rental rates on Mustique during the high season, for example, range from a miserly US$7,000 per week to a princely US$75,000 per week. The only way to get to Mustique is by boat or small plane, testimony to the fact that super-rich home owners and their wealthy villa renters have long been more than happy to build, live, and holiday in our country without the presence of an international airport.

The Grenadines also host nearly all the country’s revenue-generating yacht visits. This is critical because the spending of yachters on water taxis, fuel, meals, alcohol, groceries, other provisions, boat equipment and repairs, anchorage and mooring fees, long-term storage, overnight stays, etc. dwarfs anything cruise ship passengers spend during their brief mainland visits. All this development in our enchanting and famous cays has occurred without non-stop international air traffic.

And then there is the captivating island of Canouan which can easily accommodate international flights at its grossly underused jetport but has too few hotels and villas to attract any regularly scheduled flights from the United States or elsewhere for the reasons already given. Even from a passenger perspective, if a single US airline decided to service Canouan with five flights a week, each carrying only 200 tourists for a seven-night stay during the peak winter season, most would have to bring camping gear and sleep on the beach given the low hotel and villa capacity (41 hotel rooms and some 40 or more villas), almost eight years after the completion of the international jetport. Conversely, even if accommodation numbers doubled or tripled over the next few years — depending on whether the chronic feuding between developers on the island ever ceases — the globally competitive and limited nature of super-elite tourism means there is no guarantee that “if you build it, they will come”.

A good comparison to jetport-rich but tourist-poor Canouan is the tiny Caribbean island of St. Barts (25 square kilometres; 9,000 permanent residents), playground to the rich and famous and arguably one of the priciest and most exclusive places to holiday on God’s earth. The tourist industry attracts about 200,000 visitors a year, 130,000 by luxury boat, and has given islanders a per capita GDP that is higher than its mother country, France.

The wide range of accommodation in St. Barts comprises 70 per cent luxury villas and 30 per cent hotels. There are some 635 of the former (most of them available for rental) and 500 hotel rooms. Both figures are much higher than their Canouan or mainland St. Vincent counterparts.

The only way to get to St. Barts is by plane to a tiny airport whose runway is less than half the length of the one at E. T. Joshua Airport from neighbouring Sint Maarten, by an occasional flight from Guadalupe, or by boat.

So much for needing an international airport to “fully realise our country’s tourism potential”.

This is the tenth in a series of 15 essays on the folly of the proposed Argyle International Airport.