‘Young people is not a problem to solve,’ PM Gonsalves says 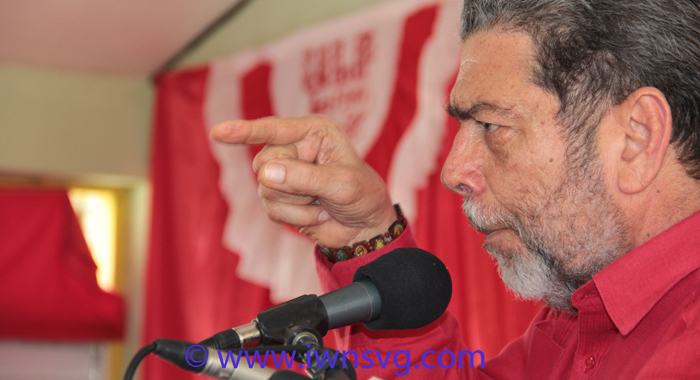 Young people are an asset and not a problem to be solved, Prime Minister Ralph Gonsalves told the Youth Arm convention of the ruling Unity Labour Party on Sunday.

The convention comes ahead of general elections, which Gonsalves says will be held this year, ahead of the March 2016 constitutional deadline.

He accused the main opposition New Democratic Party of seeing young people as “a problem to be solved”.

He said that the NDP has criticised several ULP initiatives intended to benefit young people.

Among these, he mentioned 100 per cent mortgages for public servants provided by the then state-owned National Commercial Bank.

Gonsalves said other financial institutions have copied the initiative.

He also mentioned the government’s acting as guarantor for student loans for poor persons, adding that to date the ULP government has guaranteed EC$90 million in such student loans.

14 replies on “‘Young people is not a problem to solve,’ PM Gonsalves says”