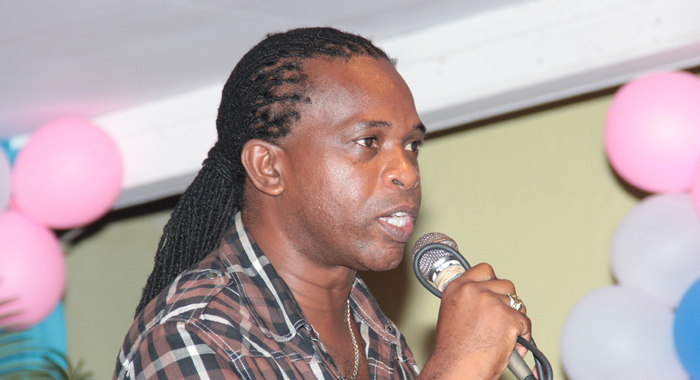 An official of the Carnival Development Corporation says he is pleased that more local songs are being played on radio stations for Vincy Mas this year and has credited changes to the media landscape for this.

Speaking during the Miss Glamorous Bikini Pageant in Georgetown last week, the official, Esworth “Ezzie” Roberts, the CDC’s co-ordinator of rural carnivals, lauded some of the local talents that performed during the event.

“And this is one of the benefits of rural carnivals, where persons who are not seen, not popular, not known, get that opportunity to perform on stage,” he said.

Roberts said he thinks that the 2014 song “Soca Girls” has a lot of potential that is yet to be realised because it did not get enough exposure.

“I’m sure that a number of you haven’t heard it before or probably heard it once or twice. This is one of the songs that suffered from lack of airplay in St. Vincent and the Grenadines during Vincy Mas 2014,” he said of the Kamara “Keido” Foster and Juno “Stoppallus” Johnson compilation that the artistes performed during the show in Georgetown.

“This is a track that I believe can go very far, but for whatever reason, the folks that control the airwaves decided that this track was not going to get much play. And we are disappointed with that,” Roberts said, adding that a number of songs suffered a similar fate.

“In 2015, I am seeing a slight difference. We know what competition does and I am seeing some difference. I don’t want to sound too controversial, but if I am sounding so, so be it,” Roberts said.