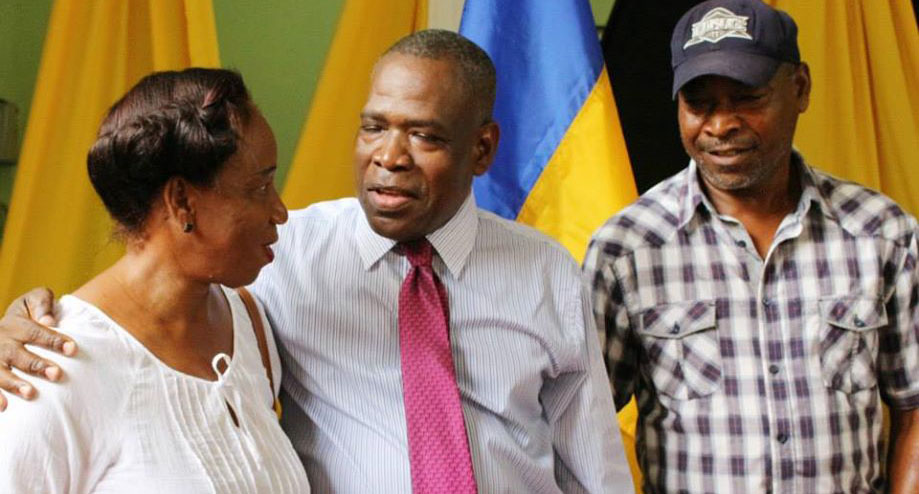 Visiting Garifuna leader Prof. Wellington Ramos say he and his delegation will attempt to form a “real” Garifuna organisation in St. Vincent and the Grenadines, the ancestral home of all Garifunas.

Ramos made the announcement Wednesday at an opposition New Democratic Party (NDP) press conference at which he also spoke unflatteringly about Garifuna leaders in his home country, Belize.

The U.S.-based Garifuna leader said he has been working on a constitution for his people since the United Nations declared them a nation in exile.

He said the proposed constitution is currently under scrutiny by the different Garifuna organisations.

“We are planning to have a Garifuna summit in Honduras next year, where that document is going to be ratified,” he said.

“We have tried to reach out to them and we were also afraid that we have an organisation that is maybe favourable to one political party as opposed to another political party,” Ramos said.

“So in our trip here today and for the next week, we want to sit down and talk with a lot of Garifuna people to try and form a real organisation to see what is going to be our way forward,” said Ramos, whose delegation is on a one-week visit to St. Vincent at the invitation of the NDP.

The NDP says it will grant honorary citizenship to all Garifuna if it wins the next general elections, expected later this year.

Ramos said that his trip is not a political one but said that the Ralph Gonsalves Unity Labour Party administration, which has been in office since 2001, has not done enough to address Garifuna issues.

Ramos said that Garifuna people believe in freedom of the individual to think for himself or herself and to determine their own destiny “without any infringements or incursions or coercion being used against them”.

He also said that Garifunas are “stubborn people” and “free thinkers”.

“You can’t just walk over them and tell them what you want,” he said.

“So, let me make this proud and clear, that we, the Garifuna people, when it comes to St. Vincent, we are gonna talk to all the political parties in St. Vincent — ULP, PNP and even RIP if it exists,” Ramos said.

“We are not just for one political party, so that is a bunch of nonsense,” he said in an apparent reference to the ULP’s accusation.

“These people are followers and they are looking to be on television and get attention like a monkey looking for a banana in a tree, and when the banana is finished, they drop down and wobble their tail.

“We’re not into that kind of foolishness. We are about substance,” Ramos said.

“We know a couple of things. We know that in our interest, as a people, we must reunify and connect together as one for us to change our economic, social, … political situation in St. Vincent and the Grenadines and all the countries we live. That is a fact.

“We cannot live in this situation anymore. Because what have us in this condition we are in in all the countries where we live is the division that has been created by people to manipulate, subjugate and control so that we can remain in a destitute condition. But we are not going to go for that,” he said.

During the visit, the delegation will participate in a number of events, including Garifuna rallies in Greiggs and Sandy Bay on Thursday and Sunday.

They will also visit Balliceaux, the tiny Grenadine island where the Garifunas were taken and where about half died before they were exiled to Roatán in Central America in the 1790s.