Too many persons not paying taxes — PM Gonsalves 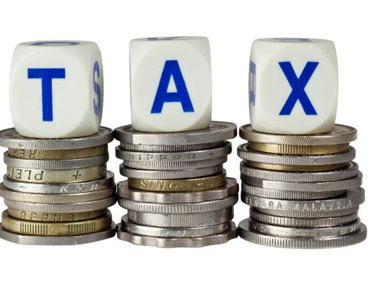 Prime Minister Ralph Gonsalves says too many taxpayers, including large and medium-sized taxpayers, “simply do not pay their taxes as required under the law”.

He said the situation exists even as the rate of compliance for Value Added Tax (VAT) is falling.

Gonsalves told a national address on Tuesday to mark the beginning of the New Year that some EC$200 million are owed in arrears of taxes, of all categories, and interest and penalties.

“Some big businesses, including a few with significant cross-border trading, do not pay all of their due taxes,” said Gonsalves, who is also Minister of Finance.

He urged the offending citizens and residents to make satisfactory arrangements with the Tax authorities to pay up their arrears in taxes and to keep current with their tax obligations.

“I am also demanding of the Tax Authorities to administer the tax laws with fairness and firmness. It is simply unfair that some persons get away from paying their due taxes while others have to carry the burden.”

He told the nation that the government cannot properly execute its “necessary and desirable programmes” if taxes are not being paid by so many persons.

Some employers not paying NIS

Gonsalves said that a similar complaint is being made about employers who do not pay over to the National Insurance Services (NIS) their own NIS contributions and those that they have deducted from their employees’ earnings.

“The NIS ought to get tough on such recalcitrant employers,” Gonsalves said.

“There are enough challenges and difficulties facing our small country for us to be making our lives more problematic with unproductive labour and management, mayhem on the roads, violent crimes, burglaries, theft of farmers’ commodities, and non-payment of due taxes and NIS contributions.

“The challenges from the global economy, the fall-out from international terrorism, and destructive natural disasters are added to the existing limitations of a small-island, developing country with its scarcity of material resources, and its abundant vulnerabilities. These external challenges we must meet successfully; but we make things more difficult for ourselves when we pile on internally-induced problems which we can easily avoid,” he said.

3 replies on “Too many persons not paying taxes — PM Gonsalves”