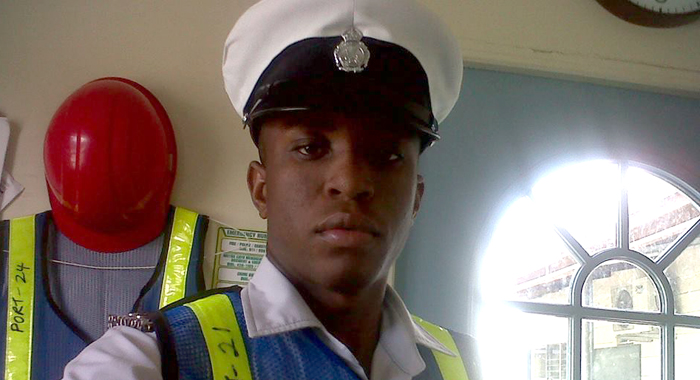 Police Constable 602 Giovanni Charles died May 2 after being stabbed while on duty.

An 18-year-old male was in police custody Monday evening on suspicion of having caused the death of a police officer.

Commissioner of Police Michael Charles confirmed the death of the constable to iWitness News, but did not disclose the name of the officer.

Other sources have identified him as Police Constable 602 Giovanni Charles, a 26-year-old resident of New Montrose.

iWitness News understands that the police officer died after being stabbed while on duty at the Belmont Primary School fair.

He is said to have been stabbed by a man who had attempted to enter the school event without paying.

However, the police chief, who was overseas, told iWitness News that he was not yet in a position to comments on the circumstances leading up to the incident since he was yet to receive a full report.

The wounded officer was taken to the Milton Cato Memorial Hospital in a pick-up truck driven by a civilian.

He was accompanied by two of his colleagues and other civilians.

The police officer’s death brings to four the number of homicides in St. Vincent and the Grenadines in just over a week.

Over the last 10 days, three men were shot and killed by unknown assailants in separate incidents in Ottley Hall, Rose Place, and Murray’s Village.

Monday’s killing brings the homicide count in St. Vincent and the Grenadines this year to 11.