Chill Spot to reopen on Tuesday 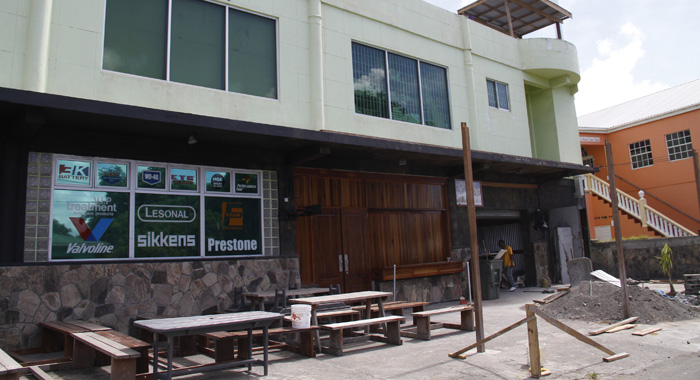 Chill Spot Bar & Grill, one of the two restaurants in Arnos Vale where the government demolished structures on Sept. 21, will reopen on Tuesday.

Physical Planning officials demolished a structure at the restaurant and one at Aqua, a food outlet nearby, which they said was constructed illegally and ordered that the restaurant close its doors.

Neighbours had complained about smoke, loud music, and traffic congestion in the area.

Lance Oliver, co-owner and manager of Chill Spot, has said that action was taken against the business after he had taken steps to address the concerns.

But after almost five weeks of closure, Chill Spot will reopen on Tuesday, Oliver told iWitness News on Friday.

“We are going to try to improve on a lot of what some people have considered to be negatives. We have made a lot of improvements on those — containing the smoke and all the other issues that people had,” the told iWitness News at the restaurant, where construction workers were busy making modifications.

“During the period we were down, we were working towards getting them sorted out. Hopefully, when we get started again, the issues that people had around here, they are not going to be anymore,” he said.

Oliver told iWitness News that Physical Planning officials visited the business place last week to inspect the modifications he had made.

‘They said everything seems to be to their standard,” Oliver said.

He said that during the time that Chill Spot has been closed, he has also provided training for his staff, all of whom will be retained.

The menu at the restaurant will also remain unchanged, Oliver said, but added that the business might need a week or two before it can begin offering its full compliments of meals.

Oliver was grateful to the persons who expressed solidarity and said he was looking forward to seeing them when Chill Spot reopens.

“I know a lot of them would be very excited that we are going to try to open to cater for them. We are hoping to see them back again,” he told iWitness News.

3 replies on “Chill Spot to reopen on Tuesday”