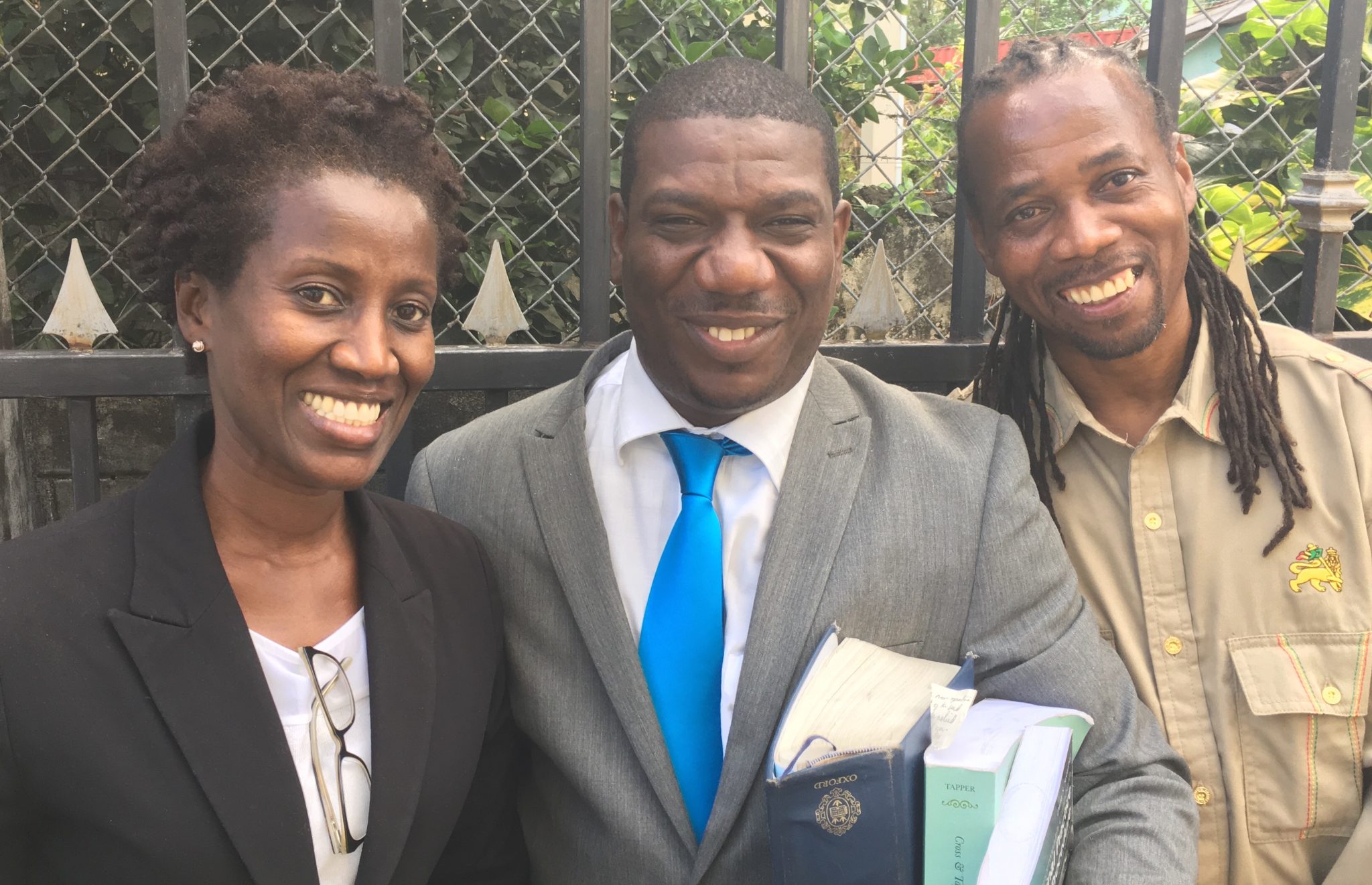 Senior prosecutor Adolphus Delplesche on Thursday said the prosecution withdrew against Paul Scrubb because of a lack of evidence, charges of threats to murder Prime Minister Ralph Gonsalves and members of his family and making seditious utterances.

He had earlier informed Chief Magistrate Rechanne Browne-Matthias that the persecution was not proceeding against the New York-based calypsonian.

The calypsonian, who uses the stage name “I-Madd”, was charged that between Dec. 9 and 31, 2015, he “maliciously sent or uttered threats to kill, to wit, ‘Ralph Gonsalves should be assassinated, also his whole damn family period; … Blessed love’, contrary to section 165(1) of the Criminal Code”.

He was also charged that between Dec. 9 and 31, 2015 he “uttered seditious words, to wit, ‘‘Ralph Gonsalves should be assassinated, also his whole damn family period; … Blessed love’ contrary to section 53(1) (b) of the Criminal Code”.

Scrubb was not required to plead when he appeared in court last July and was granted bail but barred from leaving the country.

The prosecution asked for a three-month adjournment but was still not ready to proceed when the case was called on Oct. 31. Scrubb’s bail conditions were reviewed and he was allowed to leave the country.

Scrubb and his lawyers, Israel Bruce and Sherlan “Zita” Barnwell, welcomed the prosecution’s decision not to proceed against him.

“This morning is a morning for justice. The prosecution team and the court, in combination, made a very important decision not to proceed with this matter against Mr. Scrubb,” Bruce told iWitness News.

Bruce noted that he had said last July, when Scrubb was arraigned, that the charges were politically motivated.

“I proffered that it was a deliberate and intentional move by the state to silence Mr. Scrubb,” he said and suggested that Scrubb was pursued because of his songs.

“Mr. Scrubb, as you know, has made a number of hit songs against the ruling regime and I am satisfied in my mind — I said it then, and I maintain now — that it was an effort to try to silence him,” Bruce said.

The defence counsel noted the history of the matter.

He pointed out that the threats were allegedly made in December 2016 and Scrubb was arrested at the E.T. Joshua Airport in July 2016, as he was about to return to the United States after a five-week vacation in St. Vincent and the Grenadines.

“They waited until the very moment he was about to board and aircraft to leave St. Vincent to charge him, to ensure that there was maximum effect for public humiliation,” Bruce said.

Bruce said the prosecution then came to court and asked for a three-month adjournment “to get evidence.

“That was the request — to get evidence to proceed with the matter,” he said of the prosecution’s application for an adjournment last July.

Bruce said he maintains, as he argued last July, that the Crown has a duty to satisfy the two-fold Full Code Test, the first leg being a determination of whether they had enough evidence to substantiate the charge and if so, if it is in the public’s interest to prosecute.

“And when you make an application to get three months to get more evidence to carry the matter, it is saying one single thing: you did not surpass the evidential threshold, which was a must before you proceed to charge.”

He further pointed out that after the three months, the Crown was still not ready and asked for a further adjournment.

“Today, they have done the correct thing. They should have never charged Paul Scrubb in the first place,” Bruce told iWitness News.

Scrubb told iWitness News that he feels great about the decision of the court “because justice has been served.

“I am innocent of what they charged me. I always knew I was innocent, I always knew it wouldn’t amount to anything but I thank my counsel and justice has been served and I give thanks to the almighty.”

Scrubb told iWitness News that he never lost a night’s sleep because of the charges.

“But it just held me back from moving forward and doing some things, but God is good. I’m just happy. The world sees and the world knows what is going on in St. Vincent and the Grenadines.”

When Scrubb first appeared in court last July, he was granted bail but was barred from leaving the country, which meant that he could not have gone back to his job in the United States.

He was later allowed to travel and returned to St. Vincent last week Friday to appear in court.

He told iWitness News that he had to start from scratch at his workplace, where he had been working for 14 years.

“You being on a job for 14 years and now you lost your job. You get the job back but you have to start all the way from the bottom and lost seniority and money. That’s the only way it affected me, … but I’ll recover.

“But I am happy that the prosecutors realise that they don’t have anything and I always knew that. I told my lawyers that already.”