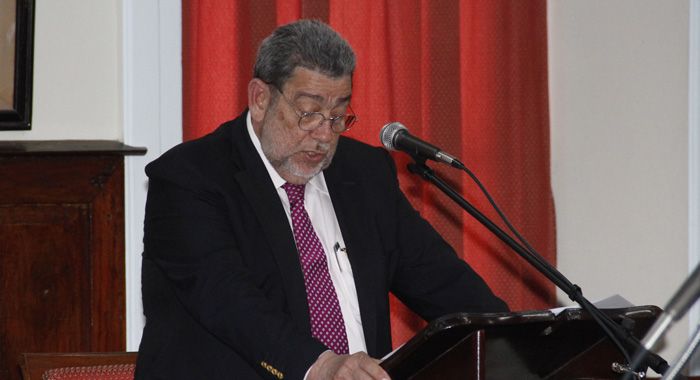 Prime Minister Ralph Gonsalves says he is resolved to address pension reform before he demits office.

In presenting the Estimate of Income and Expenditure to Parliament on Monday, Gonsalves said that EC$56 million in this year’s EC$976,943,437 fiscal package is to make payments for pensions.

This is a 7.7 per cent or EC$4 million over the 2016 amount, excluding the National Insurance Services employer contributions.

“This rate of increase exceeds the 4.3 per cent growth in the budgeted current expenditure for 2017 by 340 basis points,” said Gonsalves, who is Minister of Finance.

“This is not a sustainable situation and I intend for us to correct this, to put all the options which are on the table and for us to move. In any event, this is one that I do not intend to leave for the next generation of leaders. This is an unfinished task, which I must address,” he said.

Gonsalves has said that he will transition to new leadership ahead of the next general elections, constitutionally due by March 2021.

One reply on “PM Gonsalves resolved to complete pension reform”