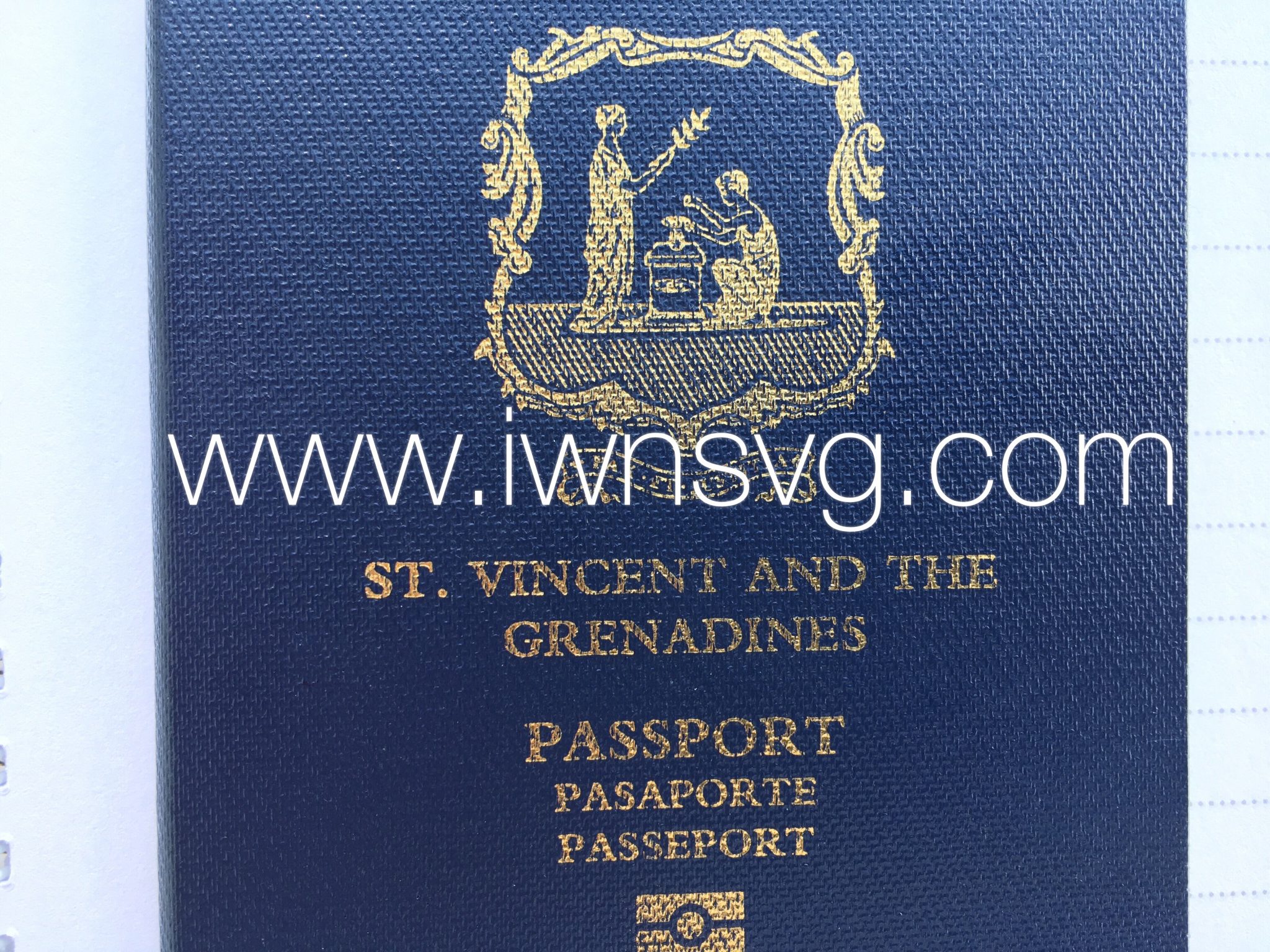 File photo of an SVG passport.

“A weakness connected to personnel” resulted in the case in which a passport was issued to someone who, more than five years ago, stole the identity of the young woman who would become Miss SVG 2016, Prime Minister Ralph Gonsalves told the media on Monday.

Gonsalves, responding to a question at a press conference, said an internal investigation has been launched at the Passport Office to determine how someone was able to obtain a passport in Nikianna Williams’ name.

Williams, 22, learnt that her identity was stolen when she applied for a passport a few weeks ago and was told that she must first hand in the expired one to authorities.

But it was the first time that Williams was applying for a Vincentian passport.

The development raises questions about the process through which persons obtain Vincentian passports.

The development comes almost five years after Canada imposed visa requirements on holders of passports issued by St. Vincent and the Grenadines (SVG) and St. Lucia because of “unreliable travel documents”.

In announcing the visa requirement in September 2012, Ottawa said: “In particular, criminals from these countries can legally change their names and acquire new passports. In some instances, people who were removed from Canada as security risks later returned using different passports.”

Williams’ case was one in which someone who had been deported from Canada was able to return to that North American nation after obtaining a passport in her name.

Asked on Monday, how, with all the security surrounding obtaining a Vincentian passport, someone was able to obtain a passport in Williams’ name, Gonsalves said.

“These things happen in all jurisdictions and an internal investigation has been carried out and the investigation, thus far, has revealed, as far as I have been advised, that there was a weakness inside of the passport office itself. A weakness connected to personnel; somebody who is not there any longer. And I think they are seeking to get the proper answers in relation to that.”

Gonsalves, who is also Minister of National Security, said that the review is of the process, rather than a criminal investigation.

“It may or may not reach to that particular stage, because — and those who are charged with those kinds of responsibilities would have to make that judgment. Because, sometimes, it is not every wrong you have evidence to show that it is a criminal wrong. I am not dancing with words. Having been a lawyer, I just want to make the point,” Gonsalves said.

Asked to comment on the development, in light of Canada’s comments five years ago about the Vincentian travel document, Gonsalves said:

“In Canada, in Britain, in the United States, there are people who make — even the best secure system, you have them breached. This is why you have some cases of fraud in these countries — of identity theft.”

He further pointed out that the concept of identity theft did not originate in St. Vincent and the Grenadines.

“It came from North America — Canada, United States; and it came from Europe. And that is why it is so important for us to have good source documents, proper checks all along the way, because, when it was reported to me that this case arose, I immediately had said that I wanted to find out, given the foolproof checks which you have, how did this one, essentially, slip through the cracks.

“And, fortunately, that passport is no longer in use, because it would have expired. And I know that that there are certain other checks which are being made, which I would not comment upon, save and except to say that thus far, it seems to have been a weakness connected to personnel,” Gonsalves said.

Read also: All passports issued to SVG can be accounted for — immigration chief