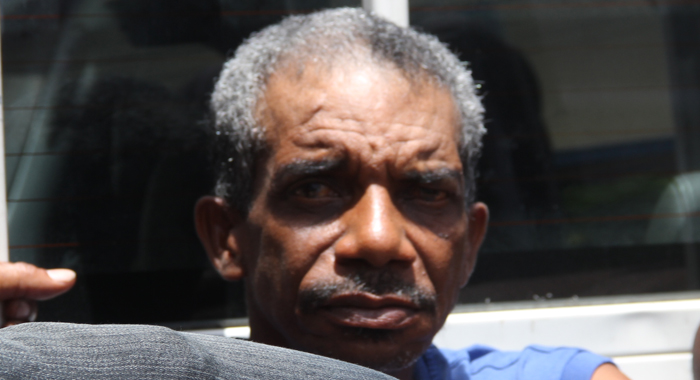 Ronnie Joyette was fined for his long fingers. (iWN photo)

A Murray’s Village man was, on Monday, ordered to pay the court EC$200 forthwith or go to jail for two months for stealing a number of items from a Kingstown supermarket.

Ronnie Joyette was charged that on July 29, 2017, he stole one tin of Exeter corned beef, half pound of curry powder and pig snout valued EC$11.95, the property of Randy’s Supermarket, Kingstown.

Joyette pleaded guilty to the charge when he appeared before Magistrate Bertie Pompey at the Kingstown Magistrate’s Court.

The court heard that on Saturday, July 29, a security guard at the supermarket saw Joyette walk into the business place.

The security guard knows the defendant and kept him under observation.

The guard saw the defendant take up a number of items and place them in his pocket and keep others in his hand.

Joyette then went to the cashier, paid for the items in his hands, left the cashier without paying for those in his pocket and then left the supermarket.

The security guard then pursued Joyette and informed him of his observation.

The police were summoned and Joyette was later charged.

In his defence, Joyette told the court that he had attempted to pay for the items, “But they didn’t want to take the money.”

“What kind of stupidness you tell me?” the magistrate retorted.

“They’re conducting a business and deciding who to take money from? It’s better they close down,” the magistrate said as Joyette again repeated his claim.

“So they’re choosing who to take money from?” the magistrate commented sarcastically before imposing the sentence.