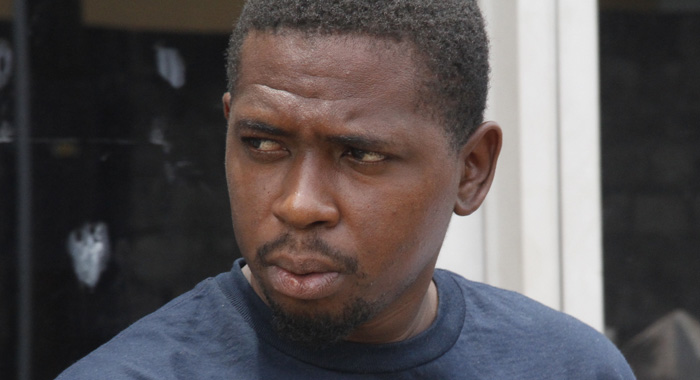 Allen Alexander was jailed for driving while his licence was suspended. (iWN photo)

A man who got into an accident on Sunday, six months after his licence was suspended for driving a class of vehicle for which he had no licence, was on Monday jailed for six months.

When he appeared at the Kingstown Magistrate’s Court on Monday, Allen Alexander of Fairbairn pleaded guilty to a charge of driving while disqualified from holding or obtaining a driver’s license.

The charge stemmed from an incident in which Alexander crashed omnibus H2062 into the Reddock’s residence outside Massy Stores on the Road to Leeward.

He fled the scene but later turned himself in to police.

He also pleaded guilty to a charge of driving without due care and attention and driving without a policy of insurance, for which he was fined EC$400 each, to be paid forthwith.

Alexander, who is the owner of the vehicle, told the court that he drove the vehicle because someone asked him for a ride.

But the offence was committed at a time when Alexander was barred from holding or obtaining a driver’s permit after he was charged in February for driving the omnibus without being the holder of the requisite type of driving permit.

Speaking to iWitness News after the court proceedings, Richards said he has noticed that a number of persons are being charged with driving without license, or without insurance.

“That is serious,” Richards said, telling iWitness News, “If you get into an accident in such a case and persons are injured, it makes it difficult for them to receive compensation, especially if the person driving don’t have the means of taking care of those persons.

“I’ve seen where the court has been lenient in the past and that’s the reason why today I asked for a custodial sentence.”

The prosecutor said he believes that a message must be sent that these things are not tolerated.

“You are taking persons’ lives in your hands and persons’ lives are at risk, pedestrians and other users of the highway, you are putting them in jeopardy when you do so — passengers as well,” Richards said.

2 replies on “Man jailed for driving with suspended license”