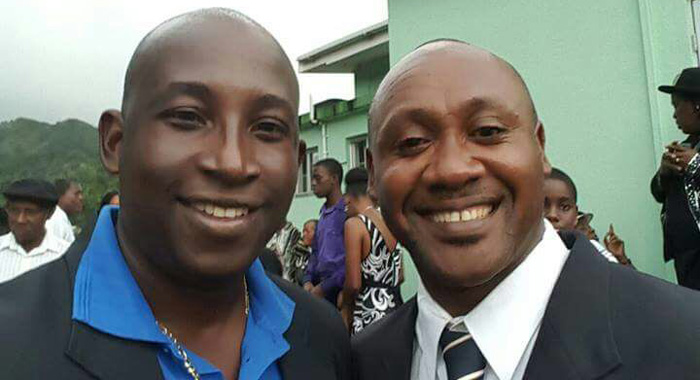 The two police officers facing disciplinary charges over a call to “storm” the Office of the Prime Minister are slated to appear before the police Order Room tomorrow, Tuesday.

But a lawyer for the two officers, head of the Police Welfare Association, Sergeant Brenton Smith and Constable Kenroy Martin, told iWitness News on Monday that the proceeding, which was adjourned at the first hearing in August, might not go ahead.

The lawyer, Israel Bruce has rejected the position of the police on disclosure in the matter, saying that a case that the police sent to him in response to a letter requesting disclosure, does not address the issue.

Bruce further told iWitness News that he may not be able to attend tomorrow’s proceedings because the preliminary inquiry into a murder, in which he is defence counsel, is slated to continue on Tuesday.

Meanwhile, Smith, last week, used a WhatsApp voice note to apprise members of his association of the latest development regarding the Order Room proceedings.

“I just want to inform members that my Order Room, which was scheduled for next Thursday is now brought forward to 2 p.m. next Tuesday,” Smith said in WhatsApp voice obtained by iWitness News.

“I just want to say it is what it is. I am prepared for anything, but the struggle continues,” Smith said and told members that the association will, this week, submit to the police high command their recommendations for a leave system.

The leave system was one of the issues that the executive was discussing in the WhatsApp conversation that led to the charges against Smith and Martin, who were also transferred along with Constable Jeremaine Roberts, who is also a member of the executive.

Smith also said that the association has submitted to the authorities a document about problems affecting police officers at the port.

He said that the documents came out of a meeting that the association had with these officers.

The PWA head said that acting Deputy Commissioner of Police Colin John had informed him that police chief, Renald Hadaway — who is on leave — would be responding to that document soonest.

“And we will see what happens from that thereon.”

The PWA has written to Governor General Sir Frederick Ballantyne in a bid to have its concerns addressed, but Smith said they are yet to receive a response from the head of state.

“It seems as though that letter is lost through the channels because it was sent through Ministry of National Security and Government House has not received that letter as yet,” Smith said of the Sept. 18 communiqué.

He said he would be following up on the letter, noting that the executive has used the avenues available to them.

Smith further told the membership that the only reason the executive has not pushed harder on the issue is because the Governor General is out of state.

Smith is charged with four counts of behaviour unbecoming to the office of sergeant of police, and one count of conducting himself in mutinous behaviour.

Martin is charged with engaging in behaviour unbecoming of a police officer.