Are we really scared? 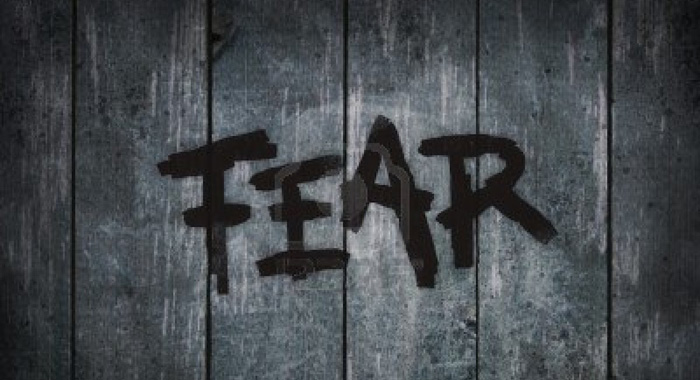 By Vincy in New York

“Only thing to fear is fear itself.”

Youth unemployment in St. Vincent and the Grenadines is 47 per cent. What are these youth afraid of? Their jobs!? The people need leadership. The youths are not going to speak out and demonstrate when they feel that the opposition New Democratic Party (NDP) is not going to support them 150 per cent.

The NDP is doing a horrible job of mobilisation, and the party is not opening up to new ideas. Appeal to the unemployed and mobilise them in protest. Get off NICE Radio and go out into the communities and mobilise. NICE Radio audience is for the diehards.

Branding is very important in politics. The youth are attracted to cool campaigns. Wearing red appeals to the youth. NDP is not gearing for the youth. Reality is that an opposition cannot win without the Chronixx, Machel or Beres concerts. Check out St. Lucia, St. Kitts and the other countries that changed governments. What happened last election? Fire Empress cut style on the NDP. Yes, Fire Empress. Are you kidding me!?

Many Vincentians are not nationalistic. We are quite willing to die for our party and hate to make any sort of sacrifice for our country. Prime Minister Ralph Gonsalves knows the psyche of Vincies and takes full advantage of it. He knows we like gossip and big talk and goes all out to placate us.

Ralph promised 30 per cent salary increase in 2001. Did Civil servants receive 30 per cent increase in aggregate? It’s called promises and big talk. On the other hand, Opposition Leader Godwin Friday and his predecessor, Arnhim Eustace are saying there is no money, country is broke and painting a picture of joblessness, homelessness and hopelessness. Oh how I hate to hear Daniel Cummings and Roland “Patel” Matthews on NICE Radio campaigning. Pure darkness! Major St. Clair Leacock gives some hope by expounding on what he will do or what the government fail to do.

Remember when Arnhim said that he would give honorary citizenship to Garifunas? He put Ralph on his political backfoot and forced him to scrape the bottom of the barrel by saying Garifunas will take away non-existent jobs in SVG. These are the kind of bold political statements the NDP needs to make. Promise the public sector an increase in salary and force Ralph to go higher. Promise $500 a month to any household that does not have anyone working. Increase the length of time for concessions on Christmas barrels. Show the people how the fat cats are getting rich and make a promise to look into their finances.

Whilst the people are scared, instil fear in the politicians that got rich through other means than their salaries. Mention forensic accounting. Promise the people that they will have to prove how they get their monies and assets. What is the NDP afraid of? Are they waiting on their turn to get fat? When the NDP speaks softly and carry a big stick, the populace will fall in line.

There is a leadership vacuum in the ULP, and labour fatigue is covering the land. This is a political opportunity. There are cracks at the seams in the tight-knit ULP. Unfortunately, the NDP is not taking advantage. Make political overtures to McKie and Saboto Caesar. Promise Saboto deputy prime minister for now and prime minister after one or two term. Force the PM’s hand.

Every three or six months leading up to the next general election, the ULP will be embroiled in a scandal. Is the NDP ready to pounce? A tape made the rounds last election. The holy NDP decided against using the tape. Lol. Is that leadership? People sense weakness or power and react accordingly. The name of the game is politics!!!

If 41 murders and 46 per cent youth unemployment are not enough to remove a government by mobilising the people, I don’t know what will. Peter Tosh says to “stand up and fight back, we get nothing to lose”.

3 replies on “Are we really scared?”