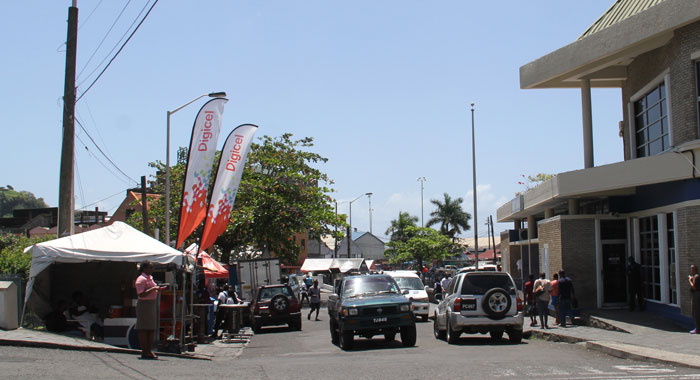 Police are investigating a robbery of a Lotto booth, at Heritage Square, Kingstown, about 8:32 p.m. on Thursday, during which an armed robber shot an injured two persons.

Errol Hinson, 69, a security officer from Enhams, received a gunshot to the left side of his jaw, while Veron Williams, 43, of Kingstown Park, who was working at the Lotto booth at the time of the incident, was shot in the left side of her back. Hinson and Williams were rushed to the Milton Cato Memorial hospital and are receiving medical care.

Following the incident, the assailant was seen fleeing the scene, police say, adding that investigations into the incident are ongoing.

Police did not say whether the robber made off with anything during the robbery.

The police are encouraging anyone with information that would assist in this investigation, to contact the Officer in charge of the Criminal Investigations Department, CID and the Major Crimes Unit, MCU at 1784-456-1810.