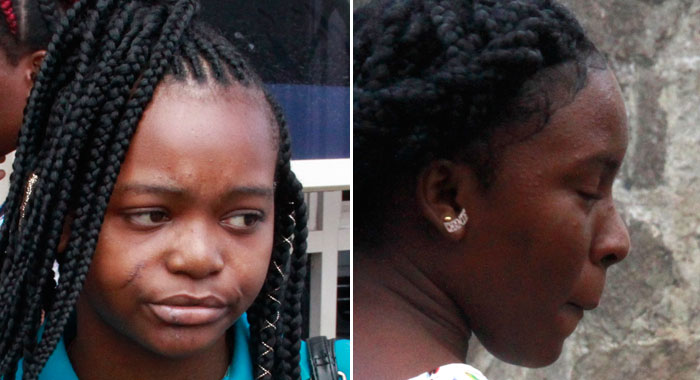 The trial of the Block 2000 woman accused of slashing a community College student three times in her face, slitting her lower lip in the process, will now take place on July 2.

The trial was initially set for last Monday but when the matter was called at the Kingstown Magistrate’s Court, prosecutor Corlene Samuel told Senior Magistrate Rickie Burnett that the Crown was not ready to proceed.

A photo circulating on social media shows the lower half of Sam’s face with her lower lip slit perpendicular to her mouth and a cut to the right side of her face.

In the days after the incident, John’s mother, Susan John, a teacher, had commended the doctors at the Milton Cato Hospital for the “good job” they did in closing her daughter’s wounds.

Outside the court on Monday, the scar on John’s lip was barely noticeable, but that left by the wound to her cheek was very pronounced.

When the matter was called, Burnett observed that the women had the surnames of two of Jesus’ disciples.

John has rebutted, on Facebook, claims that the altercation that led to her injuries had anything to do with her and James’ alleged relationship with the same male.

After the matter was adjourned, John left the court in the company of her mother and other relatives and friends.

However, James, apparently trying to avoid press photographers, stayed inside the waiting area of the court for several minutes before exiting.

When she exited, a man embraced her in an attempt to hide her from photographers.

Shortly after, a woman walked toward iWitness News’ camera saying that we should photograph her instead of James.

The woman further claimed that she was a Justice of the Peace and erroneously stated that the press should not take photographs of persons without their permission.

iWitness News pointed out to the person in the woman’s company that legally, one cannot reasonably expect privacy in public places.