Fraudster ordered to repay victims or go to jail 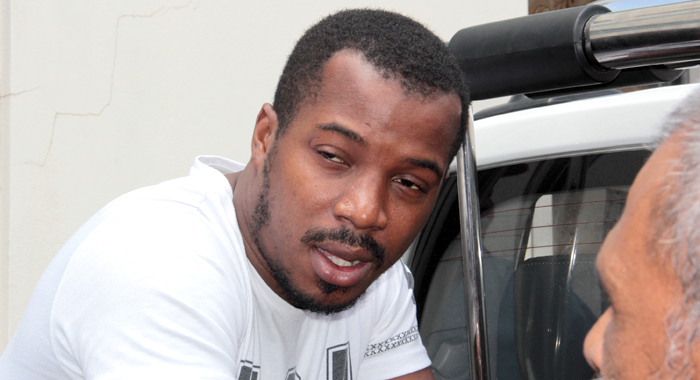 A Penniston man accused of deceitfully obtaining some EC$42,057, US$430 and CAD$300 from persons interested in working in the cruise industry, was on Monday ordered to repay two of them or go to jail.

Tedroy Mc Cree pleaded guilty to eight of the 94 deception charges against him when the matters were called at the Serious Offences Court on Monday.

He told the court that he was guilty of four counts of deception between Jan. 1, 2016 and March 14, 2016, resulting in EC$2,315 being obtained from Jefferson Lewis of Calder.

Mc Cree also pleaded to four courts of deception between March 6, 2016 and July 11, 2016, which resulted in him receiving $2,200 from Roseclair Spencer of Redemption Sharpes.

Mc Cree was initially charged indictably, but the matters were later listed for summary trial.

He appeared in court last week on some of the charges and had promised to repay the persons whose matters were up for hearing.

However, when Mc Cree appeared in court on Monday, he told prosecutors that he was yet to make good on his promise.

When the matter was recalled, after being stood down for a few minutes, Senior Prosecutor Adolphus Delplesche asked that the charges be put to the accused man again.

After pleading guilty, the self-confessed fraudster, who did not have a lawyer, began sniffling, as if he was crying.

“How come yo’ ain’t been hauling up before?” the chief magistrate told the man, referring to his apparent efforts to clear his nasal passage.

“Yo’ want some tissue? Like all of a sudden yo’ catch a fresh cold,” she said and asked a court clerk to bring the defendant some tissues.

The court heard that, at the time of his crime, Mc Cree was a 31-year-old chauffer, who had had experience as a sailor with Celebrity Cruises.

Sometime in December of 2015, Lewis was in Mesopotamia, where he met a well-known friend, Shevorn Carr, who introduced him to Mc Cree.

As time went by, Lewis and Mc Cree, in turn, became friends and Lewis got information that Mc Cree was recruiting people to work as sailors with Royal Caribbean Cruises.

Lewis told Mc Cree that he had a friend, Jozel Lawrence of Richland Park who was interested in working with Royal Caribbean.

Mc Cree asked Lawrence to pay a registration fee of EC$175, which Lewis did on Jan. 12.

He requested other payments of various sums, including EC$50 for a visa and other sums for air travel.

Mc Cree told Lawrence that he would try to get her onto a ship that was beginning a voyage in February 2016 but that she should not let many people know.

He later told her that it would be too expensive to get her onto that ship and he would try for March.

He also requested that Lewis pay a further EC$600 for a Canadian visa, but, by that time, Lawrence became suspicious and reported him to the police.

Spencer had a similar experience and her loss came to light as part of a major fraud investigation led by Corporal Biorn Duncan of the Major Crimes Unit, who the prosecutor commended for his work so far on the case.

“Fraud is difficult to investigate. If you did a bad job, I would say so,” Delplesche told the detective, who was in court.

Asked what he had to say for himself, Mc Cree said he knows that he has made a mistake.

The man, who was held from August to October 2016 while police investigated the allegations against him, told the court that having seen prison, he does not want to go there.

He said the experience had changed his life and that he has been making arrangements to pay back the persons he had defrauded.

The accused man told the court that he had EC$1,000 on his person and was awaiting his brother to arrive at court with some more money.

He also said he had repaid Spencer EC$500.

The chief magistrate told Mc Cree that he, having been a sailor, had some knowledge of how the system works and was able to manipulate it to take advantage of vulnerable persons.

“I don’t like that,” she said, adding that the man’s alleged assistant recruiter should be able to help him now that the law had caught up with him.

The chief magistrate stood the matter down to allow the man time to receive the cash.

When the matter was recalled, he was ordered to compensate Lewis in the sum of EC$2,315 forthwith or go to jail for seven months.

The other matters against Mc Cree are slated for hearing on May 24.