Man claims he had more weed than police charged him for 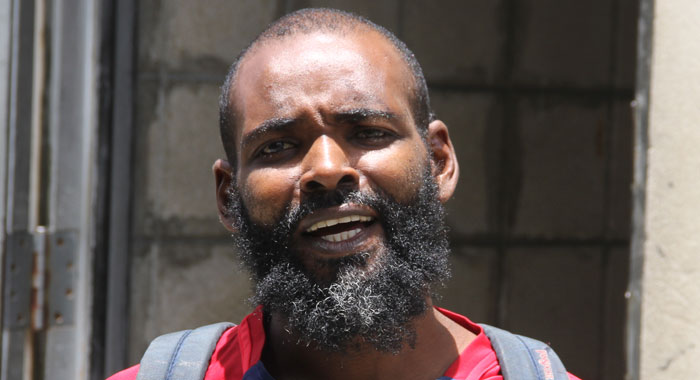 Ansel Allen said he had more weed than he was charged for. (iWN photo)

A man who admitted to having cannabis in his possession in Union Island on Saturday claimed that he had more drugs than the police charged him for.

He pleaded guilty to a charge that on May 5 in Union Island he had 28 grammes of cannabis in his possession.

Ordinarily, Allen’s brush with the law would not have aroused the interest of the media, because of the small quantity of the drug.

However, he told the court that the marijuana that the police had presented to the court was not the same as he drugs he had in his possession when he was arrested.

A member of the Rapid Response Unit, who was on foot patrol dressed in plain clothes around 2 a.m., arrested Allen.

The accused man said that on seeing the police officer, he attempted to destroy the marijuana by tearing the paper bag which contained the drug.

He said that the drug fell to the ground and got wet in the process, but the police officer picked up the wet cannabis and put it in his hand.

“I am guilty for being in possession of drugs but what is presented here is not mine. I had more drugs than that. I had a couple more pounds — no bombs,” the man told the court.

A “bomb” of marijuana refers to a small quantity of the drug, usually the quantity used to make a marijuana cigarette, wrapped in a sheet of the paper.

“That is not the drug they arrested me with,” he maintained.

The magistrate noted the exhibit presented in court was several bombs of marijuana.

The arresting officer denied that the drugs presented in court were not what Allen had in his possession.

The magistrate, seemingly amazed by Allen’s claim, commented that the quantity on the charge sheet was not substantial and was less than Allen claimed to have had.

“Thank you very much for charging me for less,” Allen told the officer and told the court that he had mean “bombs” and not “pounds” when he commented earlier.