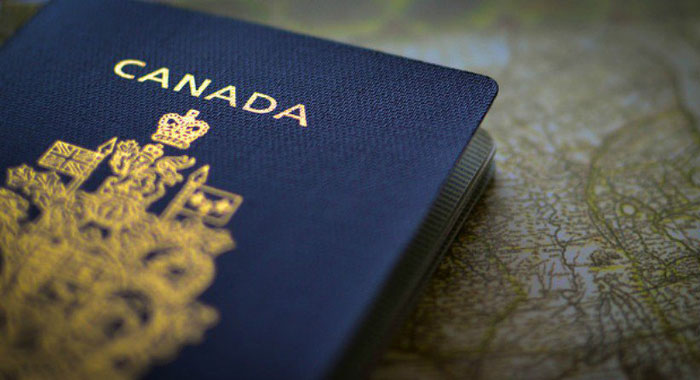 The government has denied that a new bill before Parliament is an attempt to unseat Opposition Leader Godwin Friday, who is alleged to be the holder of a Canadian passport.

Prime Minister Ralph Gonsalves further said that the draft law is not a backdoor attempt to remove the Privy Council as St. Vincent and the Grenadines’ (SVG) highest court, as the opposition has alleged.

During Thursday’s sitting of Parliament, Gonsalves defended the Attorney General’s Reference (Constitutional Questions) Bill, 2018, saying that it merely gives legal standing to an agreement government and opposition lawmakers came to in Parliament in January.

In January, there was much debate on whether a majority of lawmakers must first agree that a motion of no confidence can be brought, before debate on it can begin.

This was the position of the government, although no such vote had been taken in the past to allow debate on motions of no confidence.

Amidst the debate, Gonsalves suggested that the Attorney General, subject to the approval of Cabinet, would ask the Court of Appeal for an interpretation of the relevant section of the Constitution.

The opposition and Speaker of the House of Assembly, Jomo Thomas, also supported the idea but ruled that he did not have to await the opinion of the court before making a final determination on whether debate on the vote of no confidence could take place.

Last Thursday, Gonsalves presented to Parliament the draft law, which he said would give the attorney general permission to seek the opinion of the Court of Appeal.

He said similar provisions exist in the United Kingdom and the same law had been passed in St. Lucia.

“Mr. Speaker, what I believe — and we must speak the truth — what I believe is exercising the minds of the opposition — possibly, possibly — is that there has been a recent discussion as to whether the Honourable Leader of the Opposition, in his capacity as Godwin Friday, representative of the Northern Grenadines, … doesn’t have an allegiance to a foreign state or power and, therefore, should not sit in this Parliament,” Gonsalves said.

Friday, who has been representing the Northern Grenadines since 2001, had migrated to Canada as an adult and is said to have Canadian citizenship.

There is a view that he had to swear allegiance to Canada to become a citizen and, therefore, should not be allowed to sit in the Vincentian parliament unless he renounces his Canadian citizenship.

Another view is that Canada is a Commonwealth country, and even if Friday had to swear allegiance to become a citizen, he had sworn allegiance to the same “Queen, her heirs, and successors”, to which Vincentian lawmakers had being swearing allegiance, until the oaths were changed in 2015.

However, opposition lawmaker, Sen. Kay Bacchus-Baptiste told Parliament that their concern was not Friday’s citizenship, but whether the bill could be used to remove the London-based Privy Council as St. Vincent and the Grenadines’ highest court, without first going to the people in a referendum.

She said the bill goes beyond the ambit of what lawmakers agreed during the debate on votes of no confidence.

“… this raises removal of the Privy Council behind the backs of the people … without having a referendum.”

Meanwhile, House Speaker Jomo Thomas asked if the opposition was saying that Parliament should no longer proceed with getting an interpretation from the Court of Appeal on motions of no confidence.

“This act is passed and you can have the same situation occurring as in St. Lucia as regards the right to remove the Privy Council without a referendum, without a two-third majority and other things like that.”

But Bacchus-Baptiste told Parliament that the bill is so far-reaching that it should not go through all three stages in one sitting of Parliament.

She said she had just received a copy of the bill two days before Parliament met and that the opposition leader — who was absent because he was attending a funeral in Canada – had not had time to study the bill.

“…  the public never heard about this act before last night or today, so it is too far reaching. This is not just about a no confidence motion.”

Bacchus-Baptiste said that the provisions of the act are “worrisome”.

“All we are asking for here is that the public be given more time, don’t rush it through in one debate.

“If it would pass, because you have the majority, maybe it will pass, but give the public a chance, we are requesting to look at it, especially as it concerns the right of appeal to the Privy Council and all those issues.”

But the prime minister maintained that the bill does not say anything about taking away the right of Vincentians to appeal to the Privy Council.

“The honourable senator must stop the scaremongering.”

He said the St. Lucian and Vincentian constitutions are “identical in relation to the matter as far as the Privy Council is concerned.

“There has always been a debate that there has been — the way it is written in the Constitution, you can make the argument that you needed to go to a referendum, or the way the Constitution is written or to supply a missing word or to change the interpretation on what persons had hitherto thought.

“The Court of Appeal ruled, they are not changing the Constitution — that in respect of that matter, you do not have to go to a referendum but you have to come in the normal way to get a two-thirds majority in the House.

“But I don’t need this (bill) for that purpose because the Court of Appeal has already ruled that in St. Lucia and that decision on us is binding, though you can go and challenge it to the Privy Council. It doesn’t stop you.”

Bacchus-Baptiste said that “leapfrogging” to the Court of Appeal is also something new.

“Why don’t we give the citizens a chance to study it, debate it, and then we come back to the house, especially as I said, we only got it for two days?”

After hearing the submission, the prime minister asked to open the debate and then give some time before the responses.

Member of Parliament for Central Kingstown, St. Clair Leacock, who was acting as opposition leader, said that the prime minister’s proposal was acceptable to the opposition benches.

The debate continues May 24.