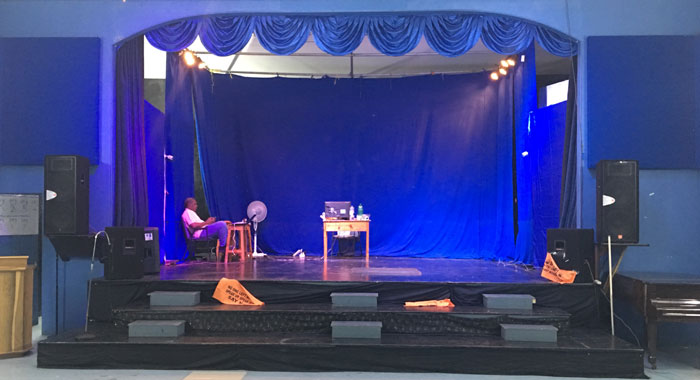 A knee injury suffered during a fall on Sunday forced a premature end to Vincentian Earl “Ole George” Daniel’s attempt to break the Guinness World Record for the longest dance.

Daniel’s brother, Kenrol Daniel, called off the attempt at 6:30 a.m. on Monday after concluding that Ole George was in pain.

Ole George, a Canada-based social worker and comedian, had been dancing at the Peace Memorial Hall in Kingstown since 9 p.m. Thursday, May 31, 2018.

He had danced 81 hours (3 days, 9 hours, 30 minutes) when he abandoned his attempt to break the world record, which stands at 123 hours.

“The situation is he had his knee injured and that caused some pain to humbug him from continuing. But he himself wanted to continue but I had to advise him that he can’t make it,” Kenrol told iWitness News.

“I am not a therapist, I am not a medical person but commonsense tells one when someone is in pain and they can’t walk,” Kenrol further said.

On Sunday, Daniel struck his head when he fell off the stage while dancing at the venue.

“He fell off the edge of the stage. His back was turned to the edge while dancing,” said Kenrol, who, along with Vincentian HIV/AIDS awareness activist, Sydney “Pumpkin” Joseph, were timekeepers for the event.

Kenrol called off the dance attempt at 6:30 a.m. on Monday.

“I saw that he really couldn’t make it,” he told iWitness News, adding that Ole George had left the venue and was sleeping.

Ole George was also dancing to raise awareness about crime and violence and diabetes in St. Vincent and the Grenadines.

A man who walked around a park in England for six days and 23 minutes holds this record.

In 2002, Daniel walked around Jamaica’s Emancipation Park for seven days and walked around Prospect Park in Brooklyn for eight days, but still failed to make it into the Guinness Book of World Records.

He had walked around St. Vincent some nine times – the first time being in 1998, completing the feat in one day.

He has also walked around the Grenadine islands, St. Lucia, Grenada, and Barbados.

In 2012, Ole George danced for six continuous days to call attention to the high suicide rate among Inuits in northern Canada, and to attempt to enter the Guinness Book of World Records.