The so wrongs of proprietary rights 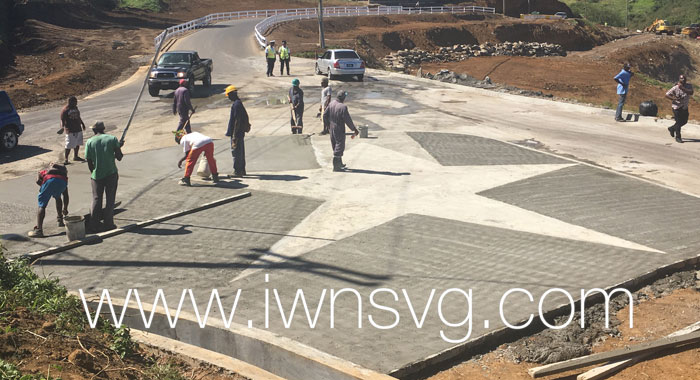 The Narcissists Ode: a physical manifestation of proprietary rights.

Glen Beache, stop your mouth from moving. A long time ago.

In an article in iWitness News, “TOURISM AUTHORTY BERATES UNINVITED MEDIA FOR ABSENCE,” March 23, we hear Boy Beache, one of the ULP’s junior autocrats, piss on a journalist who politely asked him a simple question about an accusation Beache made.

The supercilious bureaucrat oozes arrogance and a proprietary air. Instead of being civil and answering the question, the pompous public servant responded with, that’s not anybody’s business, then hung the phone with a mocking, “Have a nice day.” Democracy by the ULP. Beache is paid with and spends public funds; the question concerned public property; it is everybody’s f***ing business. And his to answer. The bumptious dickhead.

Beache is a beneficiary of the protection born of a code of loyalty that puts “Family” above all — and the kitchen sink too. It is a rancid dynamic that feeds Beache’s autocratic instincts and his campy superiority. In his view, we are his supplicants. Glen Beache is the product of the Prime Minister’s malignant influence. A produce of the Prime Minister’s sometimes immoral, sometimes unethical, sometimes incorrect ipse dixit pronouncements, which is like an exoneration service that he provides for confederates who have compromised themselves in nefarious deals and salacious scandals. I will give just two but compelling instances later down. They’re old; but unsullied by time.

These pronouncements remove the distinction between right and wrong, moral and immoral, ethical and unethical. My ire is not so much with that or with the specious exonerations. That’s a matter for him and the Admissions Officer. Include me out of them spiritualities, dread. My beef is earthly-minded: that the exonerations enables, empowers, protects and rewards perfidy and official malfeasance. It emboldens public servants like Beache because they can avail themselves of it. It makes them carry on like they have rights and privileges to whtatehfcukeevr. These people suck the soul out of the country; and add to the wrenching polarisation; which hardly needs it.

Instance one. Above, is a picture of propriety rights and the party giving us the finger. It was authorised by an official taller than I am (man short); and who smokes more than I do (man don’t smoke). Its concept was as overt as it was covert: an election poster in perpetuity with a subliminal message on the side: the ULP owns the airport. The private monument, a narcissist ode, was built by liberally misappropriating public funds. Constructed on public land –+ ungazetted. It took three days to construct and done in broad daylight. Propriety rights drunken them.

It was so egregious that even, even, el jefe said it was wrong. But, clearly, not wrong enough to warrant censure. Instead of censuring the perpetrator, the prime minister mooned us. He said that as much as he wanted to find the freewheeling culprit, gosh, there are some things that people don’t find out. Wha mek? Puh-leeze, somebody tell Brer Comrade that you does doan find things when you don’t look for them. Watch the picture. Can’t locate the capo and his crew is a cosmic untruth writ large. Or a casual acceptance of phenomenal incompetence. Which enables it.

“What I was more interested in, frankly speaking,” said the best prime minister in the history of the Caribbean, “was just concrete it over.” Jesus H Christ. Typical though. Just buff out the symptom but leave the disease. So, what’s to discourage, even slightly, the disease from plundering government storerooms again? Surely not the buck-stops-nowhere policy. Besides, no red man gwine get discipline by no red party government. Doan doubt dat. We ain seen none in 17 years.

As long as them people can commit crimes (misappropriation is that), then avail themselves of el jefe’s malignant influence the game will never get raise. As he so often requests of the minions. And so, to instance two.

First, a definition from Legal ethics: “A conflict of interest is anything that creates an incentive to put your own interests before the interests of the people you serve.” While Glen Beache, CEO of a public institution, and overseer of its advertising and marketing budget, he formed, with his wife, a private … yup … advertising and marketing company. Beache had a stake (read “interest”) in both public and private entities (read “conflict”), which violated the central trust that makes good government possible. The Prime Minister did a little violating himself when he proclaimed that there was no corruption. And that the conflict was only presumed but rebutted, when you get to know the facts. Dizzy yet? An explanation with a purpose to obfuscate to protect a grandee; there was no higher motive involved. A convoluted, fact-free assertion that rests on the bare authority of the speaker, afraid to give “the facts” because we could use them to arrive at the truth. Watch nuh, a conflict of interest is no more than interests that conflict. Not really much complicated, huh?

By the way, you see how cheerfully the weasel implicated his wife in his sticky-fingered enterprise. I don’t buy it. The Keiser clan is unimpeachable. He added that they, poor wife, did not profit from his scheme. But lard, what profit and loss got to do with conflict of interest. One depends on acumen; or none. The other is steeped in malfeasance.

As for “no corruption,” Beache’s double-dealing scheme could hardly be more morally corrupt. Alas, their lack of pretentions to morality render them bulletproof against charges of immorality. Wha fa do?

“When you get to know the facts,” sans the facts, relies on the ignorance and gullibility of supporters, which in turn keeps them … ignorant and gullible. Again, there is no higher motive involved. But, as I’ve said, that is not my grouse. Mine is that it enables the likes of Beache.

In the iWN piece, as Beache tells it, the media didn’t come to his do, not because he did not invite them but because they couldn’t take the “too positive” and “too much good news”. Crikey, that is all we’ve had for 13 years; e.g., tourist arrivals was going to triple by 2016. We can take “good news”. God knows we’ve been tested.

Six years after boasting that he had airlines lined up and coming, the noxious clown is still selling airlines flying into an airport as “good news,” like it is a lagniappe. So what airport does get build for?

Good news did not stop at “airlines coming,” you know. He freighted in hotels coming, too. The biggest and the best. In 2015, a few months before the general elections (coincidence?), they trotted out their stooge once more to pronounce that the first of three, Four Seasons Hotels and Resorts, was to break ground (in 2015). Three years later, mister ground still intact.

Had the prime minister done the moral thing, the right thing, shown a modicum of ethical leadership and canned his grandee’s backside for the conflict scam, it would have introduced some sorely needed discipline. The Beaches in the civil service would be a little civil. Or gone. Either way he wouldn’t be pissing on journalists for asking “unwanted” questions.

If the prima donna (not he one), were to listen to this, he would throw up. Or laugh. The latter more likely.

P.S. Back in 2012, was airlines coming a con job? Dotish incompetence? Or good news?

8 replies on “The so wrongs of proprietary rights”