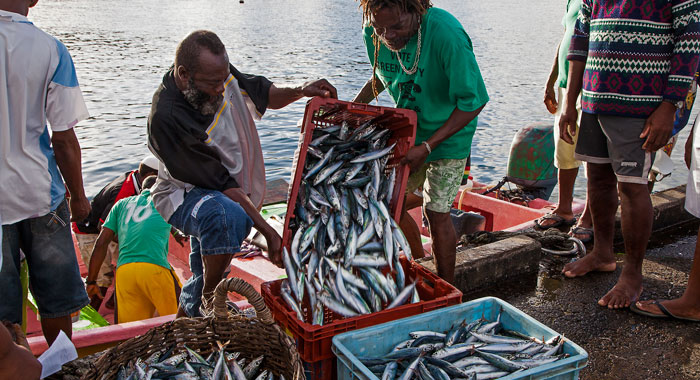 According to The State of World Fisheries and Aquaculture 2018 (SOFIA), the region will see a considerable increase in total fish consumption: 33 per cent.

This is particularly important for the region, since it is currently a solid net fish exporter and producer of aquaculture, but has the lowest global per capita consumption: only 9.8 kilos per year. In 2015, the region only consumed 6.2 million tonnes of fish, lower than all other regions, except Oceania.

Total food fish consumption is expected to increase in all regions and subregions by 2030 in comparison with 2016, with major growth projected in Latin America (+33 per cent), Africa (+37 per cent), Oceania (+28 per cent) and Asia (+20 per cent).

In per capita terms, world fish consumption is projected to reach 21.5 kg in 2030, up from 20.3 kg in 2016. Per capita fish consumption will increase in all regions except Africa (–2 percent). The highest growth rates are projected for Latin America (+18 percent) and for Asia and Oceania (+8 per cent each).

However, in spite of these increases, SOFIA forecasts that in 2030 about 71 per cent of the fish available for human consumption (184 million tonnes) will be consumed in Asian countries, while the lowest quantities will be consumed in Oceania and Latin America.

Increase in fisheries and aquaculture production

SOFIA forecasts that by 2030, the region will see a 24.2 per cent growth in fish production (fisheries and aquaculture) from 12.9 million tonnes to 16 million tonnes.

While currently only 4 per cent percent of the global population engaged in the fisheries and aquaculture sectors live in Latin America and the Caribbean, in the Brazilian Amazon, for example, households obtain 30 per cent of household income from fishing.

By 2030, aquaculture production is projected to continue to expand on all continents, with major increases expected in particular in Latin America, where it will grow by 49 per cent, from over 2.7 million tonnes to over 4 million tonnes.

3.8 million people work in aquaculture in the region, 2 per cent of the global total. Employment in the fisheries and aquaculture sectors is growing moderately, while aquaculture production has seen rather high sustained growth.

Latin America and the Caribbean remains a solid net fish exporter. Latin American exports, comprising primarily shrimp, tuna, salmon and fishmeal from Ecuador, Chile and Peru, were boosted in 2016 and again in 2017 by higher production and an upturn in tuna prices.

World total marine catch was 79.3 million tonnes in 2016, representing a decrease of almost 2 million tonnes from the 81.2 million tonnes in 2015. Catches of anchoveta by Peru and Chile, which are often substantial yet highly variable because of the influence of El Niño, accounted for 1.1 million tonnes of this decrease. However, in the past two years Peru continued to be the leading world producer and exporter of fishmeal and fish oil.

Freshwater ecosystems are important sources of food fish and have accounted for about 40 percent of all fish destined for human consumption in recent years. In at least 11 countries in Latin America and the Caribbean, 20 percent or more of the people working in capture fisheries work in inland fisheries, although inland fisheries constitute only 3 percent of catches in the region.