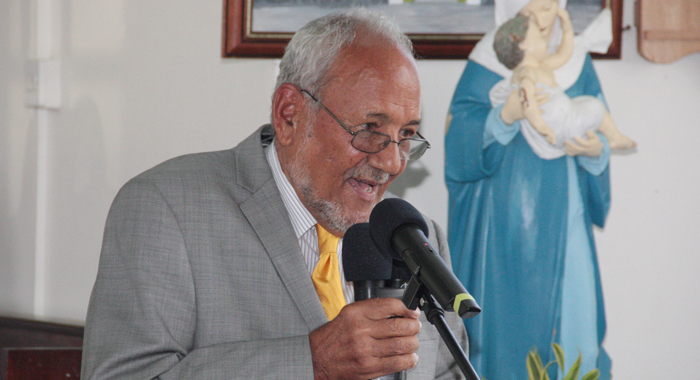 Former Prime Minister Sir James Mitchell says if the Ralph Gonsalves government wants to replace the London-based Privy Council with the Caribbean Court of Justice (CCJ), it should use a referendum to decide if the opinion of Vincentians has changed since 2009.

In 2009, Vincentians rejected in a referendum proposed changes to the constitution, including replacing the Privy Council with the CCJ as the nation’s highest court.

Sir James has long been an advocate of retaining the Privy Council.

He became an even stronger advocate of the court after it ruled in his favour in a case in which he claimed bias on the part of Commissioner of the Ottley Hall Commission of Inquiry, then retired high court judge Ephraim Georges, who has since died.

In a 19-page judgement, the Privy Council said that Georges’ Interim Report on the Ottley Hall Marina Project “contains far too many firm statements of the misbehaviour” of Sir James.

The Privy Council, which is the final court of appeal in the case, ordered that Georges take no further part in the inquiry.

The inquiry, which died a natural death, was a multi-million dollar effort of the Ralph Gonsalves government to find out if there was any wrongdoing at the project, which was constructed when Sir James was prime minister.

However, Vincentian jurist, Justice Adrian Saunders this month became president of the 13-year-old, Trinidad-based CCJ, reigniting debate about switching from the Privy Council to the CCJ.

Speaking at a special sitting of the court in Kingstown last Friday, Gonsalves noted a post-referendum ruling of the Eastern Caribbean Court of Appeal, which says that a two-third majority of Members of Parliament rather than the electorate is needed to replace the Privy Council.

The prime minister said that he is willing to bring such a law to parliament, if the opposition would support it.

However, Sir James, speaking on Boom FM on Tuesday, said he is prepared to be the last person in SVG supporting the Privy Council.

“I felt so from the beginning, I feel so now, and I don’t care if I am the last man standing. Get that quite clear: justice and laws, from the time of Aristotle to today is an empire of laws but not an empire of men. You can’t say that because a Vincentian is now boss of the CCJ therefore Vincentians must accept it.”

He also rejected the suggestion by some that SVG should ascend to the Privy Council because one of its nationals is now its president.

“What happens if Saunders dies with a heart attack? Are people going to change their opinion? Come on! You have to take decisions based on justice and you understanding of justice and the rights that you feel will be protected in the system of laws.”

Saunders has become the third president of the court, which has been led by nationals of three countries, including its host, Trinidad and Tobago, which does not subscribe to its final appellate jurisdiction.

Sir James noted the intent of the SVG constitution and the outcome of the 2009 referendum.

“The referendum issue was an exercise based on the Constitution of St. Vincent and the Grenadines,” he said, noting that the nation’s supreme law said a two-thirds majority of the support of Parliament and voters is needed to change the highest court.

“… this business of trying to get around the constitutional provisions” is not just a matter of what his thoughts are, Sir James said.

“It’s a matter of respecting a constitution.”

The former prime minister, who, along with the main opposition New Democratic Party, which he founded, campaigned for the “no” vote, which triumphed in the referendum, said:

“The results of the referendum were quite clear, unambiguous.”

He, however, noted that voters were voting on many issues.

“And when I was speaking about it, of course, I was in the process of dealing with my own legal problem with the commission of inquiry under Georges. I did not know then that I would need the existence of the Privy Council to deliver judgment and justice to me.”

Sir James had this advice for the government of SVG, regarding how it should proceed if it wished to move to the CCJ as SVG’s court of last resort.

“If you are convinced that the people’s opinion has changed, test that opinion again. If you see it was cluttered up with other things in the referendum, the answer is very simple: Come with a single resolution and ask the people if they want to terminate their relationship with the Privy Council and then get their two-thirds majority in the Parliament.”

Sir James noted that when the people voted in 2009, only two constituencies supported the constitutional change.

“Thirteen constituencies and over 56 per cent of the people said, ‘No, we want no change.’ The government did not secure the two-thirds majority. If you want to reverse the decision of the people, go back to the people.”

He said the matter is similar to that regarding Brexit.

“… a lot of people are saying, when you have your final agreement with the European Union, bring it back to the people in a referendum…

“I am saying that we need to go this way, instead of just going through a backdoor and sliding in the position of abolition of the Privy Council.”

Sir James said that the CCJ invited him to the special sitting in Kingstown last week, but he did not attend.

He said that his reply to them was to say that the invitation was acknowledged but in light of the results of the referendum on the constitution in St. Vincent and the need he experienced to find justice at the Privy Council, he would not attend. He said that he went on to extend personal wishes to Sir Adrian Saunders.’

“My position is that on principle I do not agree and to confirm my inherent position, which I published a paper on constitutional change a long time ago and I stated there in black and white that I was not prepared to abandon the Privy Council.” 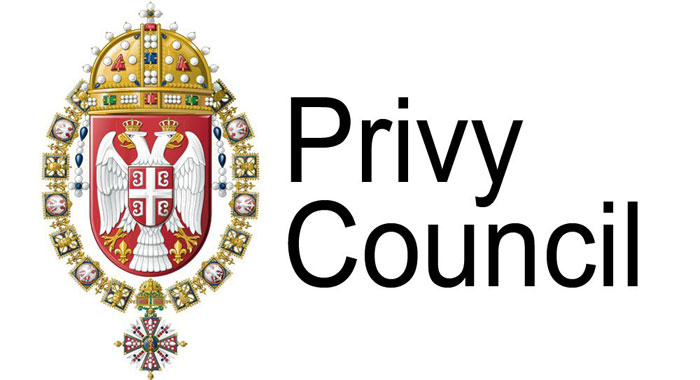 Sir James, who was prime minister for 16 years, said that during his premiership he had to deal with a lot of investors and during those conversations, one of the things that arose was the question of justice and confidence in the legal system.

“And often, they want you to say that disputes would be settled in the British courts and I explained to them, it doesn’t matter, when you go before our court, you have final appeal to the Privy Council.”

Noting that the Mustique Company has just celebrated 50 years, Sir James said that Felix Dennis, who he said was “very generous to St. Vincent”, told him during the 2009 referendum campaign that if the referendum succeeded and appeals to the Privy Council were abolished, he would sell all his property in Mustique.

“It is not that I think that we in the Caribbean don’t have the capacity, it is not that I don’t think that we can handle justice. But what is the experience of the people in St. Vincent? How long is it taking people to get justice? How long is it taking Yugge Farrell to get justice? How long? How long? Nine Caribbean judges I faced, two lower judges in St. Vincent and two courts of appeal, plus Georges himself was a judge. May he rest in peace. He died. I understand he died of Alzheimer’s. I wonder; the question is, did he have Alzheimer’s coming on when he was hearing my matter?

Expensive but worth it

Sir James said he spent over EC$1.5 million to have his matter reach the Privy Council.

He felt that the average person in St. Vincent and the Grenadines would not be able to afford such an amount.

“Nevertheless, we need to have the systems in place that the discipline would be there. … Forget about my expense. Look at the principle: nine Caribbean judges lose their credibility on the basis of two words in the English language.

“When the president of the court presented the question to the government’s lawyer in London. ‘In this report you have written alleging improper procedures and behaviours by Sir James Mitchell, there is a sentence that reads as follows, ‘The evidence so far which has not been refuted.’ The Privy Council asked, ‘What do you mean by so far?’ And the government’s lawyer said, ‘That is an unfortunate statement.’ Written in black and white in a report that the judges couldn’t see.

“You want to tell me I must trust the judgment of Caribbean judges who get their case thrown out on two words in the English language?”

Speaking about Saunders personally, Sir James said he is and would always be proud when a Vincentian reaches “the highest rung of any ladder”.

5 replies on “Sir James calls for referendum on CCJ”