Police reportedly slaps mother in presence of her kids 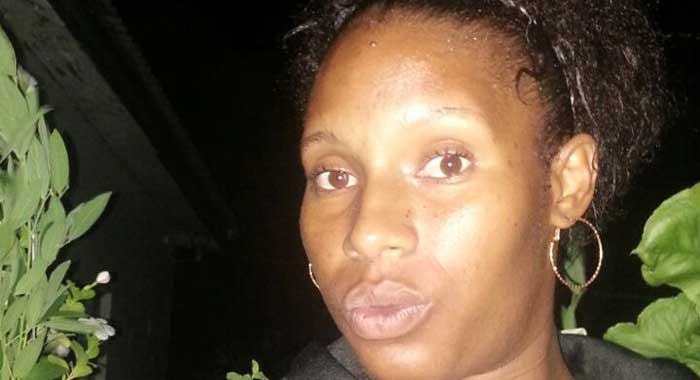 Ashieka Lyttle says the police officer slapped her several times in her face then slapped her with three charges.

A police officer reportedly slapped a woman repeatedly in the presence of her children, because she swore, then arrested and charged her for the offensive words.

Ashieka Lyttle, 25, of New Montrose was granted EC$3,000 bail at the Central Police Station in Kingstown on Saturday after being arrested.

She was charged that on Saturday, Aug. 11, at Kingstown, she assaulted police Constable 720 Delroy Williams, he being a police officer acting in the due execution of his duty.

She is scheduled to appear before the Kingstown Magistrate Court on Monday to answer the charges.

A video has emerged on social media showing a police officer forcibly taking a woman, who is holding a baby, in the direction of the Central Police Station in Kingstown.

Lyttle told iWitness News on Sunday that the video is part of the altercation between she and the police officer, and that she is the woman in the video.

Lyttle told iWitness News that she, her daughter, her 2-year-old son, along with one of her friends and her friend’s children went to the Frisko ice cream parlour on Bay Street, Kingstown sometime after 8 p.m. Saturday.

“When I was choosing the ice cream — kids would always take a while before they pick what they want. So, the little boy took a while and the ice cream I wanted had one scoop.

“So, I turned to the lady and said, lemme see what flavour ice-cream is gonna go well with that. So, I was taking a while. Two officers walked up there, went straight to the glass of the parlour to purchase.

Lyttle said she continued her order after the officer moved.

She said that the server was also helping her to pick a flavour of ice-cream to compliment the one for which there was just one scoop remaining.

“Well, the officer turned to me and, ‘Miss, conduct yourself in a manner and watch your language. Respect the uniform.’”

Lyttle said she did not respond, but as she was leaving the parlour, she said:

“Imagine you can’t talk in this f**king country no more for your free will.’”

She said that this is when the officer began to get physical with her.

“She started to scream and cry. So, I tapped him in his chest asking him what is all this about. He buss two more slap on top of me and start tugging. My little boy which is 2 years old throw away the ice cream and started to hit the officer.”

Lyttle said that the officer dragged her from the parlour and she fell in the road.

“When I fell in the road, this man still holding on on top of me. When people started coming around and saying no, officer, you can’t treat the woman so, somebody even come and say, officer that is my sister. “

She said that she was calling her friend telling her to come and hold the baby, but the officer was pushing the friend away.

She said she stood up and asked the officer what was the reason for all of what he had done.

“By the time I asked him, I received two slap inside of my face again.”

The woman said she never knew the officer from before the incident.

She said that she was left with a busted lip from the incident and will see her physician on Monday.

Lyttle told iWitness News that counsel Grant Connell will represent her in court.