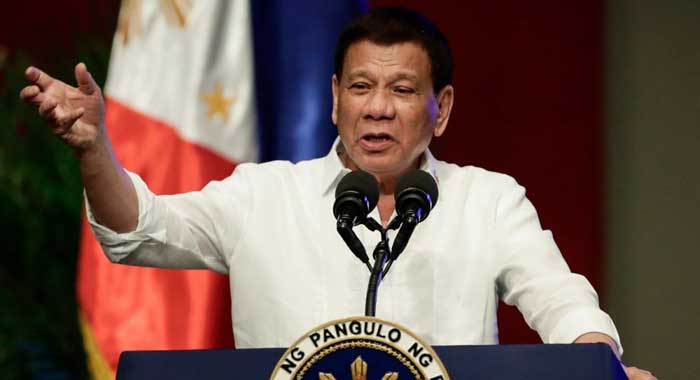 Prime Minister Ralph Gonsalves says St. Vincent and the Grenadines cannot approach crime-fighting like Rodrigo Duterte, president of the Philippines, whom human right groups such as Amnesty International and Human Rights Watch have linked to extrajudicial killings of over 1,400 alleged criminals and street children by vigilante death squads

“We can’t fight crime like how Duterte, the president of the Philippines fight it you know.  We can’t do that you know. We have a charter of rights — fundamental rights and freedoms,” Gonsalves told a press conference last Monday at which he responded to opposition comments about crime in SVG.

In 2017, the investigative journalists’ network OCCRP reported that Duterte, who is also known as “The Punisher”, has “overseen the killing of more than 7,000 and possibly as many as 12,000” since coming to office in 2016.

The group said: “The statistics are hard to pin down because Duterte’s National Police suppress all critical reports. And police are spared from any accountability or legal consequences for a campaign that has left bodies in the streets.”

Gonsalves noted that in SVG, everyone is entitled to certain fundamental rights.

“And even the most wicked man has his fundamental rights and freedoms which we have to protect. So, you have to fight crime within a liberal democratic order.

“Look, if the police know a number of bad eggs, they could do like in some other places. Sure, you can send them and they can just kill them, execute them. But you know what will happen? That will give rise to an even bigger problem: an uncontrollable police force because if they kill Tom Browne without due process even though he is a criminal, they can kill you, a law-abiding citizen without due process, too,” the prime minister said.

“Let’s have a mature conversation, please,” said Gonsalves, who, as Minister of National Security, is responsible for the police force.