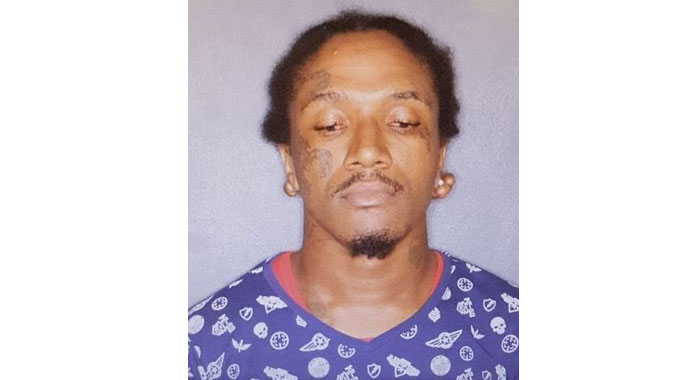 Eight persons are in custody while a ninth is on the run in connection with last Saturday’s robbery of a government minister’s wife at her home.

Police said on Monday that they are investigating a report of aggravated robbery which occurred about 9 p.m. on Saturday at Cedars.

“Based on preliminary investigations, a 39-year-old medical doctor was exiting her motor vehicle with her child in her arms when two masked men armed with a gun and a knife accosted her and relieved her of her handbag containing, among other things, cash, cellular phone and other electronic gadgets,” police said in one of their regular bulletins.

They did not identify the victim in the matter, but she has been publicly named as Reisha Twana Browne-Caesar, wife of Minister of Agriculture, Saboto Caesar.

Police said eight persons are in custody assisting their investigation.

“One additional person, Mr. Olrick Devon Manasa Hanson of Mayreau, is also a person of interest in this investigation.

“He is on the run and is considered armed and dangerous. If seen, please approach with caution,’ police said.

In a wanted person bulletin, also issued on Monday, police described Hanson as 5 feet 11 inches tall, brown in complexion and having brown eyes, round face, and thin lips. They said he is of medium build.

The wanted man has a tattoo of a scorpion over his right eye.

Police said he is considered armed and dangerous and should be approached with caution.

“The police urge anyone with information pertaining to this incident or other matters to contact the ACP i/c Crimes at 1784-456-1339, Officer i/c South Western Division at 1784-458-4200 or call any police station in your district,” the statement said.

Among the persons in custody in connection with the crime is a suspended police officer who is a person of interest in an ongoing criminal matter before the court.

iWitness News was able to independently verify that the police officer has a number of injuries, including to the arm, head, and leg.

It is said that he sustained the injuries sometime during or after his encounter with police Saturday night.

5 replies on “‘Chucky’ wanted for robbery of MP’s wife”