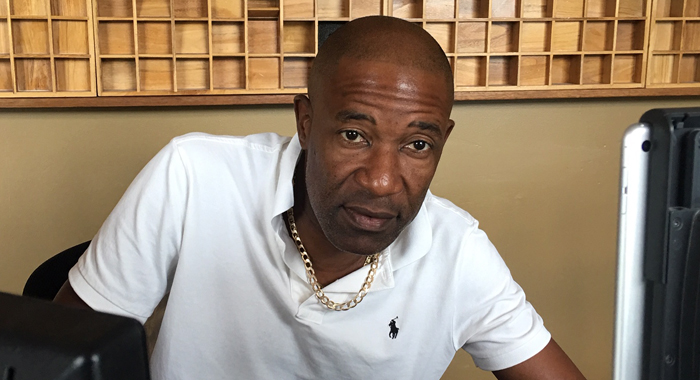 2 Cool CHris, the main host of Hot 97.1 FM’s, AM Mayhem, remains St. Vincent and the Grenadines’ most popular radio personality.

AM Mayhem is also the radio programme with the largest audience in the country, according to the latest media survey, conducted by Systematic Marketing and Research Services Inc..

Of the respondents in the poll, 29 per cent mentioned 2 Cool Chris, whose real name is Christopher Jones, as their favourite radio personality, followed by Candyman of Xtreme FM (9 per cent).

DJ Blaise, who joined Hot 97 a year ago, was a favourite among 4 per cent of respondents.

Dougie De Freitas of NICE Radio was the favourite among 4 per cent of respondents, while 3 per cent each choose Pit Bull (Hot 97), Bing Joseph (Boom FM), Donnie Collins (WE FM), That Fugitive (Xtreme FM) and Desmond (formerly of NBC Radio).
The survey found that favour for 2 Kool Chris was well spread by socio-economic groups and by sex, but was higher among the under-45 age group.

Favour for Candy man was well spread by socio economic groups and by gender but was higher among the under 55 years age group.

He acknowledged that he loves controversial topics and that controversy sells.

“In terms of controversy, I want to put it as a matter of being straightforward. I call it how I see it and, again, there are persons who would try to butter up this for it to sound nice and butter up that. I believe in the realistic approach to this. I see it for what it is and I call it out for what it really is. Some may like it, some may not, it will give you enemies, but, hey, at the end of the day, that is the job description.”

AM Mayhem, Hot 97’s morning drive time programme from 6 to 10, had 31 per cent of the radio listenership and was the favourite radio programme, followed by news, with 10 per cent.

Shake Up, a WE-FM programme that is also broadcast simultaneously on Star FM and Garifuna Radio, was the favourite programme among 9 per cent of listeners.

New Times, the main opposition New Democratic Party’s daytime programme on Nice Radio was the programme of choice among 8 per cent of listeners.

Candyman’s “Wake Up Call” on Xtreme FM got the nod from 7 per cent or respondents.

AM Mayhem is also hosted by Luke Boyea, manager of Hot 97, and Columbian, who joined the team a year ago.

Columbian told iWitness News that the experience has “definitely … been a great one”.

He said that people used to know him for the hype, entertainer, and weekend DJ.

“So when I was given this opportunity, I looked at it as ‘Hmmm, I think people can see a different side of me. People could see a little bit of what I do personally. I’m an activist for youth; I’m an activist for progress. I do work with Liberty Lodge [Boys Training Centre], rehabilitation programme with the prisons,” Columbian told iWitness News.

“There are a lot of topics I would speak about on Facebook and I thought this would give me a platform to speak in a different manner. People see me in a different light. The experience has been great and I think I understand the power of radio more, especially being on the morning show…

“There are a lot of touchy topics in Vincent that people would talk about in their bedroom at home, but we bring it forward and we bring it real.”