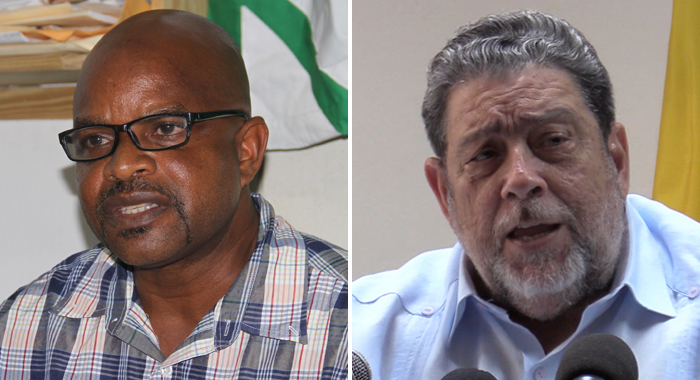 The Public Service Union (PSU) has welcomed the court ruling last December that the Public Service Commission (PSC) broke the law in respect of the non-promotion of five public officers during their respective periods in the public service of St. Vincent and the Grenadines.

“This judgment is so strong on behalf of workers and it is so damning to the commission that I cannot see any case going to court that will not be successful,” president of the PSU Elroy Boucher told a joint press conference with the St. Vincent and the Grenadines Teachers Union on Tuesday.

Boucher says that the union will be bringing more lawsuits against the government on the issue, and the Teachers’ Union said that it, too, will be seeking judicial review of certain appointments within the teaching service.

At a press conference on Monday, Prime Minister Ralph Gonsalves attempted to distance himself from the actions of the PSC, saying that it is an independent body.

But while the PSC is an independent body under the Constitution, the prime minister nominates all of its members.

He said that the court judgement does not reflect negatively on his government, saying that he is not in nor he does not want any “friend-friend” promotion among public officers.

Speaking Tuesday at a joint press conference hosted by the PSU and the St. Vincent and the Grenadines Teachers’ Union, Boucher said that the government was not prepared for the judgment of the court.

“The prime minister, clearly, has been caught off-guard with this judgment. And I expect, of course – if you notice, the first thing he did was to take himself out, saying he doesn’t have any authority here and the promotions he has authority to make it doesn’t have this kind of issue.”

Gonsalves had also said that permanent secretaries have not been keep up to date or at all on the personnel files of their subordinates.

“The buck stops with the commission board, not the permanent secretaries. They can suggest, they can recommend. The Constitution gives the power to the Public Service Commission board. Clearly, if you are ultimately responsible, why are you going to want to push the blame onto somebody else? And the board is appointed by the prime minister, so he is also culpable in all of this.”

Boucher said that permanent secretaries can make whatever recommendations they want.

“When I listen to the prime minister yesterday, I will say this: when I listen to him speak on this matter, he reminds me of Donald Trump. If you are a member of Trump’s base, clearly, you will believe everything he says. I am not.”

Meanwhile, president of the Teachers’ Union, Wendy Bynoe, said her union has “always been having issues” with promotions and has raised it with the Ministry of Education.

The ministry indicated that they have sent recommendations to the Public Service Commission, Bynoe said, adding that her union then checks with the PSC to find out what was happening.

She said the teachers union decided to go to the PSC to find out what’s happening.

“And one of our questions to the commission was how much of the recommendations from the Ministry of Education are used. And we told about 70 per cent.

“So what happens to the about 30 per cent? We don’t know. We have quite a few of our members who are aggrieved with the same issues of promotion.”

She said her union will seek judicial review of those matters, adding that every year, teachers who had the qualification for principal or deputy principal posts are overlooked.

“So there seems to be a haphazard way in which it is done. We are not sure how but we have quite a few of our members who are aggrieved, who, when a position is coming up, might be transferred out of that particular school to another school and a junior person takes over, or we have had persons who had acted as principals at the school but then some junior staff member becomes principal when it is advertised, and those sorts of things.”

“Though we have a number of teachers on leave, we find that some of our teachers who have degrees are appointed as Teacher 1. We asked if the criteria have changed because a teacher with a degree should be a graduate teacher.

Bynoe said that the government has lost all the cases that the PSC has brought against it, including the one relating to the transfer and subsequent dismissal of former teacher Otto Sam.

“… they have lost  all the cases that have been brought with labour issues… And when you read the judgment, clearly they are not following proper procedure in their appointments and promotions.”