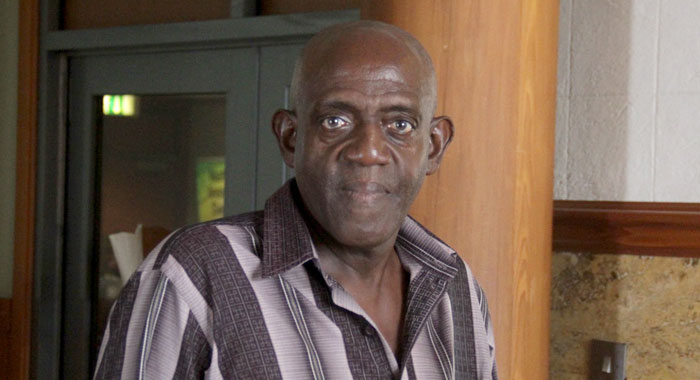 A presiding officer in the 2015 election in Central Leeward said he counted ballots with the official mark although he knew they should have been rejected.

Wallace Christopher, presiding officer at CLF 1, made the admission on Monday as he was being cross examined by Queen’s Counsel Stanley “Stalky” John, lead counsel for the petitioner, Benjamin “Ben” Exeter of the main opposition New Democratic Party (NDP).

“Yes, I counted all the ballots,” Christopher told the court.

He said he did not think there was anything wrong with any of the ballots he counted.

“No, because at the time, I was one hundred per cent sure that these ballots were ballots I issued and received with my signature and the stamp on them.”

In his witness statement, Christopher told the court that at the end of the count, there were 143 votes for Benjamin “Ben” Exeter, the candidate for the main opposition New Democratic Party, 146 votes for Sir Louis Straker of the ruling Unity Labour Party, and one rejected ballot.

Exeter has filed the petitions, challenging the outcome of the vote.

Christopher told the court that the rejected ballot was easy to determine because it had nothing on it.

“There was a blank for both candidates,” he said.

He told the court he was aware that certain types of ballots should not be counted for various reasons, including if a person votes for more than one candidate or if they write something on their ballot.

Asked if he knew that a ballot that didn’t have the official mark on it also should be rejected, Christopher said yes.

When Christopher was called to the stand, lead counsel for the government in the case, Senior Counsel Douglas Mendes asked Christopher where on the ballot paper he had placed his stamp and initials.

“Some were placed in the box where the counterfoil is located and later, on the ballot, just below the line marked ‘Tear Here’,” Christopher said.

“At first, I was following the direction given but then my training kicked in and reminded me that the initial and stamp should be on the ballot when it is detached from the counterfoil. That is when I started to do that.”

Christopher, however, said he could not recall how many ballots he placed in the ballot box with the stamp on the counterfoil.

In response to John’s question, Christopher told the court that he could not recall when exactly he started to place his initials and official mark on the ballot rather than on the counterfoil.

Christopher told the court that he had received training in conducting his duties and it was his second time as a presiding officer, having worked in the 2010 election.

In 2010, he was trained by Winston Gaymes, who was the returning officer for Central Leeward in the election that year.

Christopher said he also received training leading up to the 2015 election.

He, along with other presiding officers, received this training at the Barrouallie Government School.

Christopher told the court that Gaymes instructed them to put their initials and official mark on the space so that when the counterfoil is detached they remain on the ballot.

A ballot paper was not used during the training to demonstrate how this was to be done, Christopher said, adding that Gaymes told presiding officers to place their initials and stamp where it can be seen on the ballot after the counterfoil is detached.

Asked why did he initially put the stamp and initial in the box provided on the counterfoil, Christopher told the court:

“Perhaps I was misled and that’s why, as I said, when I recollect what I was supposed to have done”

Christopher said he did not discuss this with any other presiding officer or with Gaymes   before changing where he placed the initials and stamps.

“When there was a lull in the voting and I had an opportunity to sit back and recollect, then I realised from my training.”

He said he did not inform Gaymes subsequent to his decision, neither did he inform the then Supervisor of Election, Sylvia Findlay-Scrubb.

Asked if he informed any lawyer about it, Christopher said:

Asked if he did not inform Mendes, Christopher said he did, but could not recall the exact date.

He said he did so shortly after meeting Mendes for the first time but said he could not recall if, up to that point, he had told anyone that he had placed his initials and stamps on the counterfoil on some of the ballots.