Man says he was denied injury form after police abuse 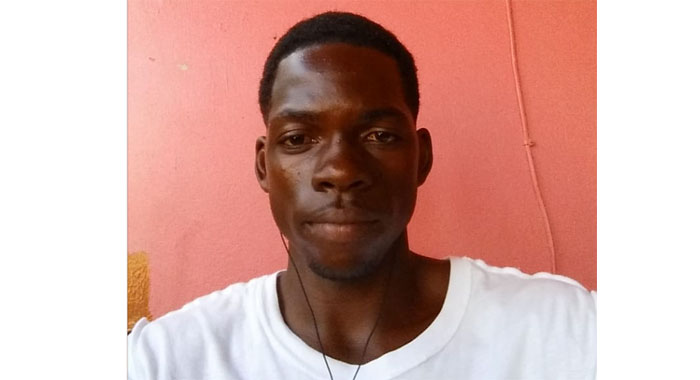 A Mt Grennan man says a police station, on Saturday, refused to give him an injury report form, one day after he was abused by an off-duty police officer.

Jamie Liverpool, 23, a DJ who uses the name “Big’$ Profit”, told iWitness News that the incident occurred in the South Central Windward village on Saturday about 5:30 p.m. on Friday.

Liverpool said he and some friends were drinking and socialising at Jim Bobb’s shop, while another man, whom he also knows, was washing a vehicle nearby.

Liverpool said the man splashed him with some of the water and he was about to touch him to inform him of what had happened, when he felt a blow to his head.

He said that the blow threw him off balance and he ended up touching in a way he did not intend, the man whom he was about to tell about the splashing.

Liverpool told iWitness News that he then realised that the person who had struck him was an off-duty police officer.

He said that the police officer, who had a gun in his waist, then struck him in the face.

“It was a lot of abuse, man,” Liverpool told iWitness News.

He said the officer went on to tell him that he had killed before and would do it again.

Liverpool said the officer who, by then, had him by the collar, told him to keep his hand down and accused him of abusing the other guy.

He said that after the incident he went home because his jaw was in a lot of pain and he did not have money, at the time, to go to the police station in Colonarie.

Liverpool told iWitness News that when he went to the Colonarie Police Station Saturday morning, the officer told him to file a report with the Police Public Relations and Complaint Department in Kingstown — which is closed on weekends.

He said that on receiving further advice, he returned to the police station and asked to be provided with a medical injury form.

Liverpool said that a junior officer was preparing the form, but one of his seniors told him not to issue the form to him.

He said the senior police officer told his junior that Liverpool should follow their instruction to report to the police public relations department.

On Monday, Liverpool told iWitness News that he visited the police complaints office and was “well received”.

He said he gave them an account of what had happened and they gave him medical injury forms.

“I have headaches at night. It is not the same as when it first happened. On mornings, when I get up, I feel this pain in my jaw. It is very hard to eat.

“So far, I have lost days from my work and I keep losing, but they say I must bring it back,” Liverpool told iWitness News.

“I didn’t expect things to go this way. I am just looking forward to see what else would happen from there. It is different from the station, actually at the station, I was being roughed up, but these people are different,” he said.