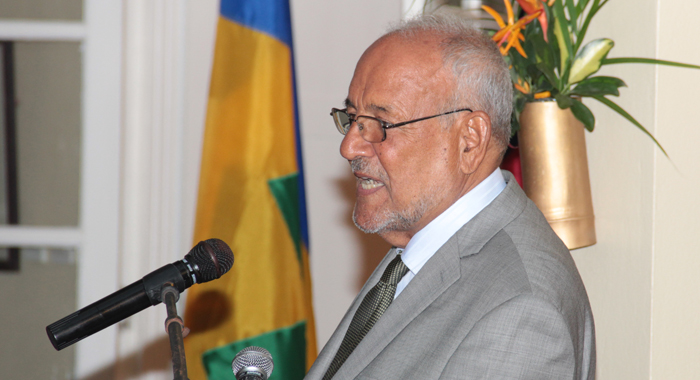 Founder of the main opposition New Democratic Party Sir James Mitchell says that the party should make a political, rather than legal decision regarding appealing an unfavourable outcome in the election petitions case.

He said that a loss could cement in the mind of the public that the party is continuing its losing streak, after four election defeats.

The retired politician, however, said that ultimately, it is the opinion of the public that matters.

The High Court is expected to hand down, on March 21, its ruling in the two petitions the NDP has brought challenging the result of the Dec. 9, 2015 general elections.

Lawyers for both the petitioners and the respondents have indicated that they will appeal should the court rule against their side.

“In a political situation like this, mixed up legal matters, the decision of a political party to go into appeal has to be seen in a political context, not in a legal context. I don’t know if I’m creating confusion. It is a political decision to appeal, not a legal one,” Sir James said on Boom FM on Tuesday.

“Now, if you lose, what is the situation with regard to the public? The public again will say if NDP loses, that they’re maintaining their losing streak,” he said, noting that he party has lost the last four general elections.

He, however, said that there is another way to look at a defeat in the court case.

“You can get the idea that you are struggling and tell the people you are working very hard. But if you go to appeal and you lose, you are enforcing your image as a loser before a general election around the corner.”

Asked about the “moral obligation” to continue the case, Sir James said:

“What finally maters in this situation is the judgement of the man in the street and the public out there. They’re going to say, “Oh God, they lose.’ If you go to an appeal and you lose, the public will say, lose again,” he said, adding that that is no mood to go into a general election.

Sir James said that his opinion on whether the NDP should appeal an unfavourable ruling in the petition case is solely his.

General elections are constitutionally due by March 2021, but are expected to be held by the end of next year.

“Study your enemy. You’ve got to study Ralph Gonsalves and the ULP. Don’t just say they wutliss (worthless) and they thief and they this and that:

Sir James said that judging from his own experience, Prime Minister Ralph Gonsalves would be considering whether to gamble with an early election in the hope of gaining an additional three years in office — with a new five-year term.

He said that Gonsalves would be noting that the last two elections were close –seven seats for the ULP compared to the NDP’s 7 — and that the decision to call an election cannot be reversed.

He said a second consideration is that Gonsalves “loves his historic perspective”.

“He loves the business that, like me, he led his party to four consecutive victories. But, Ralph would like to assure, above all, that he increases the number of years that he remains prime minister…. He will want to extend his historic image by governing up to the last minute. I once tackled him about it and he said, ‘Sir James, you know what it is like. I will be in power down to the last second. I ain’t giving up.’

“That is normal in the circumstance,” Sir James said.

Sir James said the decisions he would have taken six months after the election is not the same one he would take today, depending on the petitions ruling.

“Because if the result had come out within six months, it is four and a half years to go for another general election. But now, it is a year and some months,” the former prime minister said.