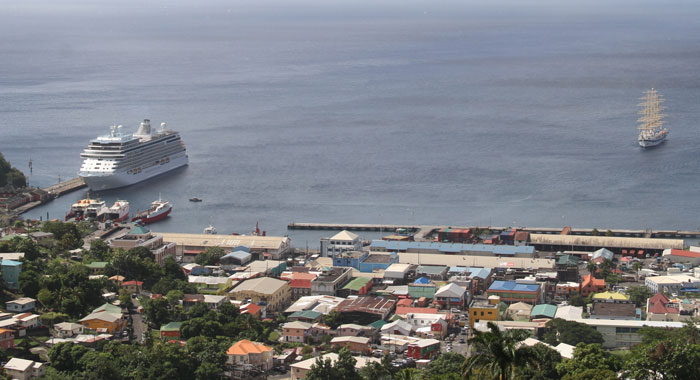 While Kingstown (pictured) is the capital of St. Vincent and the Grenadines, the Making Cities Resilient focus is on Arnos Vale, where the government plans to develop a new city. (iWN file photo)

St. Vincent and the Grenadines (SVG) has met the European Union’s tax criteria and averted placement on a list of jurisdictions deemed as “non-cooperative” with the EU-issued “internationally recognised” good governance criteria.

Kingstown avoided placement on the list, having amended, last December, its laws relating to its international financial services sector, amidst what Prime Minster Ralph Gonsalves said was bullying by Brussels.

On March 12, 2019, the European Commission on behalf of the EU, “blacklisted” 15 countries around the world and in the region by placing them on a list of jurisdictions deemed as “non- cooperative.

The EU says its listing exercise is a common tool for its member states to tackle external risks of tax abuse and unfair tax competition.

However, the Financial Services Authority in Kingstown says this blacklist has become known as a notorious way of publicly “naming and shaming” countries, which, when blacklisted, are forced to expedite law reform, owing to reputational damage and repercussions on its financial system.

“The fact that SVG has been deemed to have met the EU international criteria is a positive outcome for the country, following an extensive screening and assessment of its laws by the EU Commission against the stated tax criteria,” the FSA said.

The countries that were blacklisted in March were those that failed to either meet or make a high-level commitment to comply with the EU’s tax governance standards.

The FSA says that blacklisting comes with dire consequences as the EU list is now linked to EU funding under certain new provisions.

Therefore, funds from those instruments cannot be channelled through entities in listed countries.

There is also a direct link to the EU list in other relevant legislative proposals.

“For example, under the new EU transparency requirements for intermediaries, a tax scheme routed through an EU listed country will be automatically reportable to tax authorities. The public Country-by-Country reporting proposal also includes stricter reporting requirements for multinationals with activities in listed jurisdictions. The Commission is examining legislation in other policy areas, to see where further consequences for listed countries can be introduced,” the FSA said.

Further, EU member States agreed on sanctions to apply at national level against the listed jurisdictions notwithstanding the collective stand taken with the present blacklisting.

These include measures such as increased monitoring and audits, withholding taxes, special documentation requirements and anti-abuse provisions.

The commission is urging member states to step up their efforts to agree on strong, binding and coordinated defensive measures, as soon as possible, to give the EU list an even greater impact.

“Any public/international negative sanctioning in today’s financial world tends to have grave perennial adverse effects, particularly on a small developing State. Such effects include, but are not restricted to, the impairment of international correspondent banking relations required for international transactions by compliance, business and anti-money laundering and countering financing of terrorism purposes.

SVG enacted legislative amendments in December to its International Business Companies (Amendment) Act and the International Trusts Act, to accord with the requirements of the EU Criteria.

The main significant effect of these amendments means an opening up of the International Financial Services (IFS) sector to Vincentians and removing tax exemptions on income, even though exemptions on estate and succession taxes and certain duties, such as stamp and customs duties, have been retained.

Additional amendments were made to upgrade and strengthen the legislation in keeping with purposes connected to meeting the EU and the OECD Base Erosion and Profit Shifting criteria.

SVG is presently deemed a cooperative tax jurisdiction internationally, as a result of the work carried out over the years.

The FSA said: The recent result of the EU’s screening and assessment exercise of its international taxation regime confirms this position. By meeting the requirements of the EU Tax Criteria, the country was able to avoid the disruptive effects of blacklisting on its economy, which have the potential to negatively affect financial stability at both the macro and micro level. The country’s integrity in matters of international cooperation, tax transparency and tax accountability has also been preserved.

“Notwithstanding the positive outcome for SVG in meeting the EU’s international tax criteria, SVG does not endorse the EU’s ‘naming and shaming’ countries by inclusion in public blacklists. SVG has also formally represented that there should be better coordination of the administering body for tax standards internationally, that is, one body responsible for one set of international tax standards, rather than the onerous plethora of standards and criteria which are continuously evolving.”