Addressing the organisational failure in health 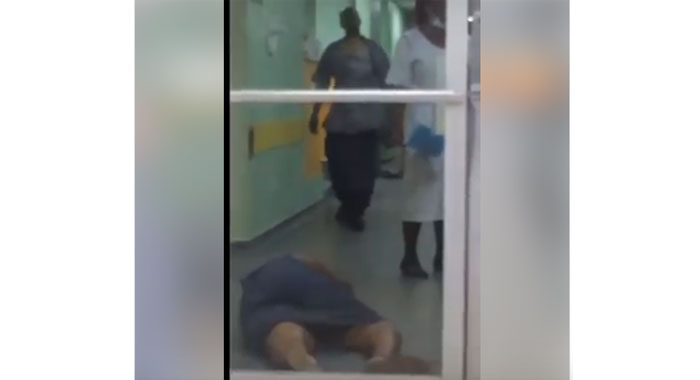 Recently, a video of an elderly woman lying on the floor of the Accident and Emergency Department of the MCMH made the rounds on social media. Most persons, including myself, found this video quite disturbing.  The video showed hospital and support staff standing around and appeared to be least concerned. There seemed to be no rush, no haste, to check the woman, ascertain her condition– nothing. The entire situation appeared surreal.

What was also strange was that the Ministry of Health put out a press release on the issue.  The video was only the latest episode of harrowing incidents coming out of that institution and the minister has been noticeably silent.  One wonders why now? Was it because the incident was caught on video?

Over the years, Vincentians were inundated with stories of persons entering the hospital with broken limbs and other minor ailments and succumbing, apparently, to these injuries. Recall the Oscar Allen tragedy? He died after a successful surgery. Recall the death of PC Rawlson George and Daniella Daniel? What are the explanations? What about Rhonda Huggins, of Bequia, and Latoya Prince, of Chauncey? Both died after being admitted for broken limbs. Where are the press statements on these tragedies? What of investigations? Where are the results from these investigations?  We also hear complaints about the lack of basic medicines (especially from the poor and aged), x-ray and ultra sound and other machines inoperable for months and lack of technical staff –where you have to wait months for an x-ray or ultra sound or for one special person to read the ultrasound etc. If that person is at lunch or worst on vacation… Think about it.

It will be counterproductive to blame employees such as nurses, doctors and attendants.  A mechanism to deal with discipline and unproductive workers is not their responsibility either. Further, if it was a problem with staff then it will be a matter of dealing with an individual or two. Unfortunately, the problem is much more pervasive.  What is being manifested is ORGANISATIONAL FAILURE.  An organisational failure is a significant inefficiency, strategic misstep, a large or chronic problem or failure to manage risks that can result in the deterioration or collapse of an organization or its systems or threatens an organization’s reputation and existence. How can nurses, doctors and attendants be held responsible for structural, administrative and material deficiencies? Where the Minister makes a political decision to satisfy an administrative or staffing problem, then that is where the buck must stop.

The responsibility for the tragedy that is our health care system resides with the Minister of Health and by extension the Prime Minister and the Minister of Finance. The failure can be attributed directly to policies of micromanagement by a minister who has no work or life experience and the general policy of this ULP for its supporters to own the jobs. This undoubtedly, will adversely impact the hospital administration as some hospital and support staff may not feel accountable to the hospital management and may have even been employed and promoted above their level of competence because of their political affiliations. Understandably, the attitude of some health care employees may also be reflective of their frustration and embarrassment, having to answer to the public and take the brunt of their displeasure for the depressing state of health. This attitude may possibly be a defence mechanism in the face of problems that are not of their making and to which they cannot properly address and resolve.

During the 2015 elections, the NDP ran part of its campaign on health. They essentially suggested strengthening the primary health system through the restoration of clinics and polyclinics and district hospitals and to fully staff, equip and stock basic medicines at these venues. This they surmise will significantly reduce the strain and demand on the MCMH. The practice of preventative health care will also reduce the strain on the health system nationally.

A commitment was also made to construct a modern health facility as the MCMH is now structurally inadequate, is in a flood zone, is buffered between the main Leeward Highway and business and domestic residences and the Kingstown cemetery (leaving no room for expansion or aesthetics). It is also nearby the Victoria Park, the centre of carnival festivities, and adjacent to a gas station. The MCMH has no buffer between these risks areas and is also susceptible to noise, fumes, smog and dust from the traffic daily.

The NDP also started the process of establishing a national health insurance to offset the cost of medicines, surgeries and other medical procedures that may not be available within SVG.  The plans for this insurance was scrapped by the ULP in 2001. Furthermore, the NDP committed inter alia to

digitise medical record keeping, stock the medical stores with medication needed by the Vincentian people, increase the number of doctors working at the Accident and Emergency Department, ensure a doctor is on 24-hour call at each of the rural hospitals and exempt from VAT, medicines, and exercise and sporting/gym equipment to promote healthy living and exercise nationally.

It is time to stop the revolving door of poor and inadequate health care where inefficiencies become chronic from being kicked down the road like the proverbial can. WE CAN DO BETTER!!!

One reply on “Addressing the organisational failure in health”