NDP to honour Taiwan leader’s visit despite ‘One China’ policy 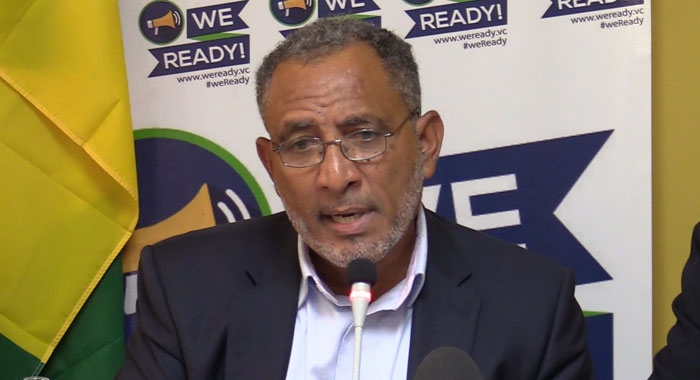 Lawmakers from the main opposition New Democratic Party (NDP) will attend Tuesday’s special sitting of Parliament in honour of the visit of Taiwan President, Tsai Ing-wen.

NDP President and Leader of the Opposition, Godwin Friday, told iWitness News on Sunday that NDP lawmakers will attend the event notwithstanding the party’s support for the “One China” policy.

The “One China” policy is the diplomatic acknowledgement of China’s position that there is only one Chinese government.

Countries do not have simultaneous diplomatic relationships with Taiwan and China, as Beijing says that Taiwan is a renegade province to be reunited with the mainland, by force if necessary.

The then Kuomintang-led government of the Republic of China relocated to Taipei in 1949 after losing the civil war to the Communist Party of China, which has been governing China since then.

In 2016, the NDP, under the leadership of then president, Arnhim Eustace, said that his party was adopting the One China policy and would switch diplomatic recognition to Beijing, if elected to office.

Taipei and Kingstown have maintained diplomatic ties since 1981, and Prime Minister Ralph Gonsalves had emphasised his government’s commitment to maintaining that relationship, saying that the issue between Beijing and Taipei is essentially a family quarrel that they will resolve in time.

Tsai will, on Tuesday, become the second Taiwan president to address the Vincentian legislature, the first being Chen Shui-bian in 2005.

Friday, who had visited China since becoming NDP leader in 2016, says that the NDP, under his leadership, remain committed to the One China policy.

He told iWitness News that NDP lawmakers will attend Tuesday’s meeting of Parliament.

“What we are speaking about is a policy that we will implement when we are in government. Right now, the government has relations with Taiwan. We are in parliament, parliament is being held on the 16th. We will show up and do our duty as the opposition. That is pretty much it,” Friday told iWitness News.

He said he will not be making an address and was not been invited to do so during Tuesday’s special sitting.

“I don’t know what other events are planned because I have not seen the programme. I spoke to the prime minister a few days ago but everything seems to be, at this point, quite fluid,” the opposition leader said.

Last month, opposition lawmakers attended and Friday addressed a special meeting of Parliament in honour of the official visit to SVG of President of Ghana Nana Addo Dankwa Akufo-Addo.

During her visit to SVG, Tsai will hold talks with Gonsalves among other activities.

She comes to Kingstown as a stop on a tour of Taiwan’s four Caribbean allies. The tour is dubbed “President Tsai Ing-Wen’s Journey of Freedom, Democracy and Sustainability.”