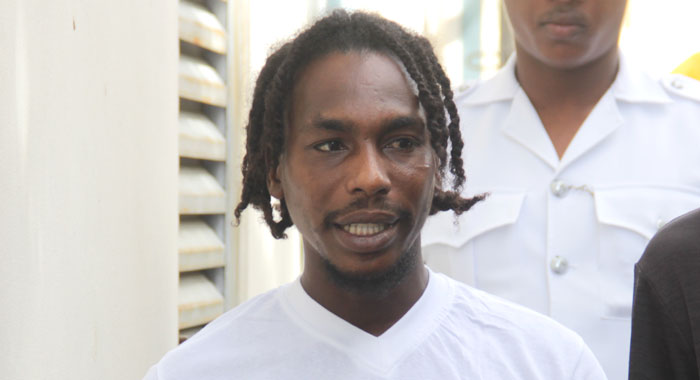 Prosecutors have upgraded to murder the charge brought against Romando Bruce, 31, of Clare Valley, in connection with the death of Philson King, 36, of Murray’s Village.

King died at the Milton Cato Memorial Hospital on Friday, less than an hour after being taken off life support.

He had been placed on life support after being shot in the face with a fish gun in Campden Park on July 13.

Prosecutors are alleging that Bruce shot King in the face during an altercation in Campden Park.

Reports are that King pulled the spear from his face after being shot and remained unconscious until he died.

He is said to have suffered significant brain damage.

Bruce was taken to Kingstown Magistrate’s Court, last Wednesday, July 17 and was charged with attempted murder in connection with the shooting.

He was ordered to appear before the Serious Offences Court on Monday.

On Monday, Senior Prosecutor Adolphus Delplesche told the court that the charge was expected to be upgraded to murder later that day.

When Bruce appeared before the court on Tuesday, the indictable charge was read to him. He was not expected to enter a plea.

Delplesche told the court that Detective Sergeant Biorn Duncan had indicated that 15 witnesses are likely to testify in the preliminary inquiry.

The prosecutor told the court that the detective had indicated that he would be ready to proceed whenever the court is ready.

The chief magistrate set the preliminary inquiry for Nov. 11, 2019.

Bail was not open to Bruce and he was remanded into custody.

One reply on “Fish gun death charge upgraded to murder”