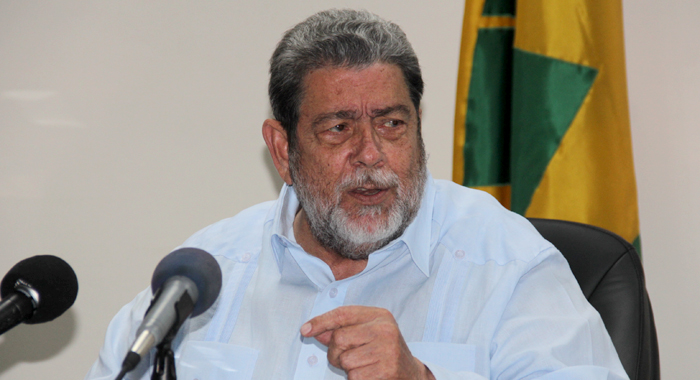 Prime Minister Ralph Gonsalves has defended his government’s decision to install a new governor general on Emancipation Day, Aug. 1, a decade after his government sought to convince St. Vincent and the Grenadines to divorce the Queen as the nation’s head of state.

He was asked at a press conference in Kingstown on Tuesday how does he square the two.

“Very simple. Emancipation Day is about the exercise of our freedom and to act within our interest,” Gonsalves said, adding that new governor general, Susan Dougan, was the descendant of slaves who had risen to the highest office in the land.

“… the progeny of slaves who were freed, occupying the highest office in this land: Governor General. What better day than Emancipation Day to do it?” Gonsalves said.

“While some people want to have a view which is encumbered of enslavement, I see it as the epitome of liberation. That is what I saw,” he said.

The government has been criticised for its decision to install the governor general’s representative on the day that celebrates the emancipation of persons from physical slavery in the Caribbean.

Gonsalves said that at midnight on the 31st of July 1834 in the Park Hill-Colonarie area Dougan’s great, great, great grandparents would have gone to a church service.

“And more than likely, as in some other places, they would have been celebrating what they consider a jubilee, an occasion of freedom; almost reminiscent of what is written about in Leviticus 25:10, because that was a popular verse.”

He said that after slavery, the Ryan Family, the maiden name of Dougan, would have gone into a free village, because lots of former slaves left the plantation and went into free villages.

The prime minister said that in the 20th century, the offspring of  these freed slaves, including Walden Ryan, Dougan’s father, would have reached standard six, become an unpaid supernumerary teacher, go to centre, do his subjects, and rise to the rank of a principal.

“He taught me at Colonarie school as a senior teacher,” Gonsalves said of the governor general’s father, adding that when he was at the University of the West Indies doing his degree, he welcomed Ryan then.

“He would have been in his 40s, almost 50 years. That’s the first time he did his degree. I, little boy in Colonarie, who used to see him at the shop with teacher Stephen drinking and writing will for poor people and so on, his daughter, the progeny of slaves who were freed, occupying the highest office in this land: Governor general. What better day than Emancipation Day to do it?

“Where people see Queen Elizabeth, I see Susan Dougan who rose from the ranks, prodigy as I say, of slaves. When Susan’s fore parents on the midnight of July 31st, 1834 were celebrating the freedom paper which Queen Victoria did claim to send for them, neither old Mr. Ryan nor his wife would have thought that one day, one day, somewhere down the road, my great, great, great, granddaughter will be governor general.”

Gonsalves said that when the governors passed in their stagecoaches in those days, residents had to stand barefoot at the side of the road and bow.

However, unlike some other commentators, including prominent lawyer Parnell Campbell, QC, Gonsalves said he does not cite the people’s rejection of the proposed changes to the constitution a decade ago to justify installing a new governor general on Emancipation Day.

Campbell who was head of the Constitution Review Commission has said he felt “personally wronged” by the people’s rejection in a Nov. 25, 2009 vote, of the proposed changes to the constitution.

“The majority of the electorate of this country, on the 25th of November 2009 practically abolished emancipation when they rejected the attempt, among other things, to remove the monarchy from the headship of the state of St. Vincent and the Grenadines and voted in no uncertain terms to keep her majesty The Queen.”

At his press conference on Tuesday, the prime minister said, “… the people voted for the Queen, not the queen of the United Kingdom but the Queen of St. Vincent and the Grenadines. Give her, beyond juridical, constitutional aura; give her political support now, political imprimatur”.

“I don’t have to go there. You hear how I defend that for you…. Her swearing in on Emancipation Day, I don’t have to go to the referendum to justify that. I justify that as the offspring coming down the line from a slave and I trace how it is, and she became head mistress of the girls’ high school with a degree in the sciences, chief education officer, cabinet secretary, first woman to be and the freedom took place then,” he said.