Building an inclusive UN with Taiwan on board 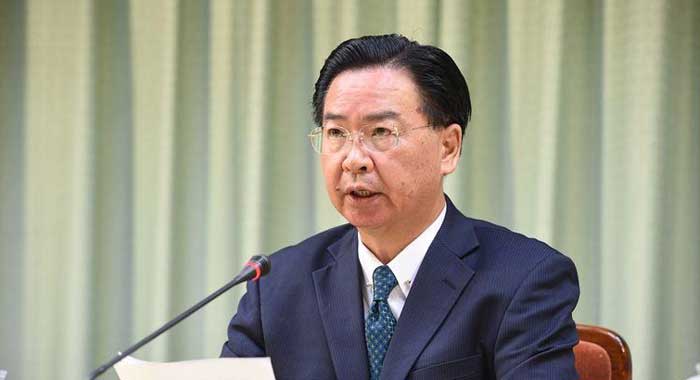 This July, President Tsai Ing-wen of the Republic of China (Taiwan) transited through New York, an icon of diversity and freedom and home to the United Nations, as a prelude to her state visit to Taiwan’s diplomatic allies in the Caribbean. While meeting with the Permanent Representatives to the UN of Taiwan’s allies, President Tsai reiterated that Taiwan’s 23 million people have the right to participate in the UN system. She also emphasised that Taiwan is committed to joining hands with global partners to help achieve the UN Sustainable Development Goals (SDGs) to forge the world we want, and the future we need.

The SDGs form a blueprint for a better and more sustainable future, aiming to guide the world down a sustainable and resilient path with “no one left behind”. In the High-Level Political Forum on Sustainable Development this July, UN Secretary-General António Guterres stressed again the pressing need to accelerate relevant actions. Likewise, he called on nations to advance the “Inclusion Imperative” because “development is not sustainable if it is not fair and inclusive”.

The principles of inclusiveness and leaving no one behind are key to realising the SDGs. Taiwan, a full-fledged democracy, has made considerable progress in fulfilling the SDGs, and has provided assistance to countries in need. Nevertheless, it continues to be barred from participating in related meetings, mechanisms and activities due to political interference. This has seriously undermined the principle of partnership, the foundation of the SDGs, which requires the participation of all countries, stakeholders, and peoples. Taiwan is willing and ready to share its success story and contribute further to the collective effort to achieve the SDGs.

After many years of effort, Taiwan has made great strides in alleviating poverty and achieving zero hunger. Our percentage of low-income households has been reduced to 1.6%. Launched in 1993, the National Health Insurance programme now covers 99.8% of the population. In 2018, our waste recycling rate reached 55.69%, our literacy rate 98.8%, and our infant mortality rate 4.2 per 1,000. These figures far surpass SDG standards. The government of Taiwan has further identified six major areas of interest with respect to the SDGs: smart water management, sustainable energy transformation, clean air, sustainable materials management and the circular economy, ecological conservation and green networks, and international partnerships. These areas complement the main theme of the UN High-Level Political Forum 2018, the SDGs, and the 5Ps — people, planet, peace, prosperity, and partnership — referred to in the 2030 Agenda for Sustainable Development.

In recent years, Taiwan has been providing development assistance to and engaging in cooperation programmes with partner countries in the Pacific, Asia, Africa, Latin America, and the Caribbean. In 2018 alone, Taiwan conducted development projects in SDG areas of interest in 39 countries. We will continue to track international trends and the needs of partner countries to ensure that all operations are aligned with the SDGs.

Considering Taiwan’s robust experience and contributions, it is absurd that Taiwan is barred from sharing experience and critical information that could be used to better coordinate international efforts.

The oft-cited legal basis for excluding Taiwan from the UN is Resolution 2758 (XXVI), adopted by the UN General Assembly in 1971. However, the resolution does not address the issue of Taiwan’s representation in the UN, nor does it state that Taiwan is part of the People’s Republic of China (PRC). In fact, Taiwan is not, nor has it ever been, part of the PRC. Only Taiwan’s democratically elected government can represent its 23 million people. Unfortunately, the UN continues to misuse and misinterpret the resolution to justify its wrongful exclusion and isolation of Taiwan.

International organisations are created to meet the common objectives of its members, not to serve the interests of just one member. Article 100 of the UN Charter clearly states, “In the performance of their duties the Secretary-General and the staff shall not seek or receive instructions from any government or from any other authority external to the Organization.” Regrettably, the UN sits idly by whenever China seeks to impose its so-called “one China principle” on the UN system. The most recent example involves dozens of NGOs being denied Consultative Status by the UN Economic and Social Council simply because a reference to Taiwan in their documents contradicts China’s demands.

A truly inclusive UN would not leave anyone behind. Today, however, Taiwan passport holders are blocked from entering UN premises for public visits and meetings. Taiwanese journalists and media outlets are also denied accreditation to cover UN meetings. These practices are unjust and discriminatory, and contravene the principle of universality upon which the UN was founded. The UN should make its actions and words congruent, and take immediate action to rectify its exclusionary practices.

This dire situation does not, and never will, intimidate Taiwan. Taiwan is ready, willing and able to contribute. If the UN continues to yield to China’s coercion, rejecting Taiwan’s participation, it will only encourage Beijing’s callousness. Efforts to fulfil the purpose of achieving international cooperation in solving international problems of an economic, social, cultural, or humanitarian character, and in promoting and encouraging respect for human rights and for fundamental freedoms for all, as stated in Article 1 of the UN Charter, will also be impaired. If the host of nations is serious about promoting inclusion and making development sustainable for all, it should open its doors to Taiwan.

One reply on “Building an inclusive UN with Taiwan on board”