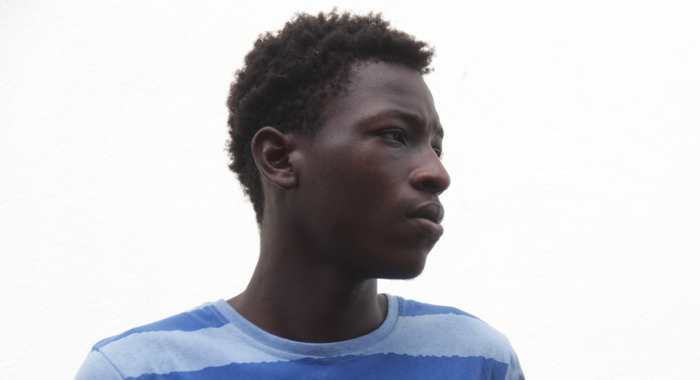 When police stopped a white car in Gordon Yard on Aug. 24 and asked the driver, Vincent Edwards, 36, if he had anything to declare, he pointed to the front seat passenger, Okeno Edwards, 28, and said, “He have some weed in the back of the car.”

Police searched the car and found what turned out to be 28 lbs of marijuana in two packages in the trunk of the car and Vincent again pointed to Okeno — a fellow Petit Bordel resident — and said, “Is his weed.”

BJ Garrick, 18, of Union Island, who was the rear seat passenger, told the police he was only a hitchhiker.

“Is a ride they give me. I ain’t know nothing ‘bout that,” he told Corporal 403 John of the Rapid Response Unit who was leading the mobile patrol that made the drug find.

However, by the time the men arrived at the Criminal Investigation Department (CID) in Kingstown, Garrick told the officer that the marijuana was his.

Reminded that he was still under caution, Garrick told Corporal John, “Officer, is mine.”

The men were all charged and when they were arraigned at the Kingstown Magistrate’s court on Aug. 25, the Vincent and Okeno both pleaded not guilty, while Garrick pleaded guilty.

The prosecution withdrew the charges against the men who pleaded not guilty and transferred the matter to the Serious Offences Court for facts and sentencing last Tuesday, Sept. 3.

Chief Magistrate Rechanne Browne, however, adjourned the matter to Wednesday for sentencing.

At Wednesday’s sentencing hearing, Browne said she had considered a number of things in arriving at her sentence, including the quantity as well as the nature of the drug.

She said she considered the role that Garrick played, adding that having considered that he was charged along with two older males, and having heard the facts presented to the court, she has concluded that his role was a lesser one.

“It is clear from your age and the ages of those with whom you were charged that your role was limited,” she said.

Browne said that Garrick’s youth highlighted the fact that his “naiveté came into play as well as the very likelihood of you being exploited”.

She said that pressure and intimidation were clearly evident when the facts were read.

“And what is even more clear is that you had very little awareness or understanding of the scale of this operation and the magnitude of the offence in which you are involved.”

The chief magistrate said she was beginning her sentence with a starting point of seven months in prison.

Browne said she was hard-pressed to find any aggravating features in the offence, adding that the mitigating factors included that his involvement was “due to pressure, intimidation and duress.

“Because what transpired in the vehicle with the other two defendants, there was a total reversal by the time you had travelled to the station and you then accepted culpability,” the chief magistrate said.
She said the intimidation and duress was obvious and it was clear that Garrick’s vulnerability was exploited. “That is clear. Your youth – you were the scapegoat,” she said.

The chief magistrate said there were no aggravating features relating to Garrick and mitigating was the fact that he had had a clean record.

“You just attained adulthood. You are just 18 and your youth would be mitigating in your favour.”

She said that having taken away for the mitigating features she arrived at a non-custodial sentence.

Browne noted that she could fine Garrick up to three times the value of the marijuana, adding that she could not overlook the fact that he pleaded guilty at the first opportunity.

The chief magistrate said she would have imposed a fine of EC$20,000 but Garrick’s early guilty plea and the resulting one-third discount took away in excess of EC$6,000 from the fine.

She rounded the fine to EC$13,000, adding that she had considered the object of sentencing and had, paramount in her mind, to give youth a chance to rehabilitate themselves.

The chief magistrate said she also wanted to make Garrick aware of the dangers of involvement in those types of activities.

“You were the youngest and you were left to bear the brunt of this offence and that is what is likely to happen when persons who are older exploit your youth,” she told the defendant.