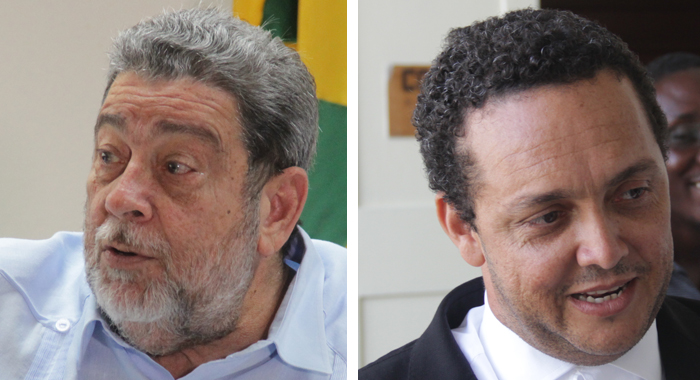 “If you read them, you would find yourself speaking more accurately than you are reported to be speaking.”

Gonsalves was responding to comments that Connell made in court recently as he mitigated on behalf of two men, Alvin Williams, 46, and Irwin Thomas, 56, of Questelles, who pleaded guilty to possession of four and 10 pounds of marijuana respectively.

Connell told the court that if the Marijuana Amnesty Law passed in Parliament had been in effect, the men could have benefited from the provision.

He further speculated that the one-year amnesty for illegally cultivated marijuana will run parallel to the campaign for the next general elections, expected to take place by December 2020, ahead of the March 2021 constitutional deadline.

But Gonsalves said that from the inception, his government made it clear that it is focusing on a medical marijuana industry to create jobs and wealth in the country.

The prime minister said that the amnesty kicks in when traditional cultivators who have received licences make an application for the amnesty.

Gonsalves further said that he has seen comments about if the law had been put in place, a case would not be before the court.

The prime minister further pointed out that the law says that a person cannot be arrested, jailed or get a record for having 56 grammes in their possession.

He said that the public policy of his government is to treat possession of 56 grammes of marijuana and under as a health and education issue, adding that doing so is permissible and under the international convention.

“It is painful to have to go to parliament, this bill was in the newspapers and the bigger bills were available to lawyers and to journalists and everybody online,” he said, adding that persons could have also gotten it from the attorney general’s chambers.

“As I say, the privatisation of ignorance doesn’t worry me, you know. Because if you’re just ignorant in a private way and it has no consequence outside of that, well — but when it may have a consequence, you want to socialise the consequence, then there is an issue.

“If that is true, you’re speaking as though you haven’t read the law, the laws which are being proposed. And when yo’ cross the line with me politically and say — talk what you want in the court house but when you go and say that the law would only become operational when election near, well then Grant you talking foolishness, stupidness, because we have announced how we are dealing with this thing. When you leave the law and you come into politics, you come into my zone. Talk what you want to talk and I may or may not respond. But you come over there; you know that you may invite a response from me.”

Gonsalves said that Connell is a young man he likes, who does good work to defend the people, including the poor in the courthouse.

“But don’t speak in a manner which doesn’t reflect accurately the situation,” the prime minister said.