SVG reaping ‘the fruits of Labour’ 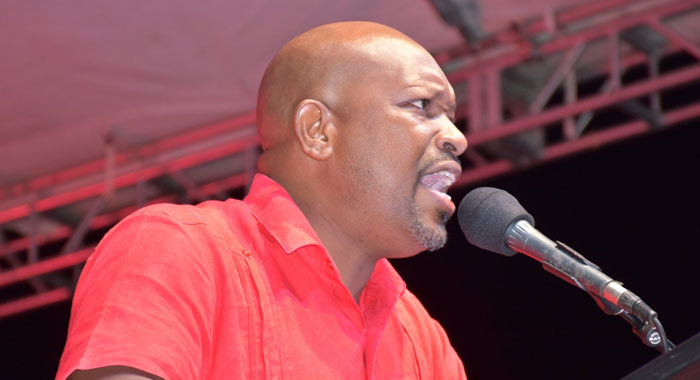 Minister of Agriculture, Saboto Caesar, says St. Vincent and the Grenadines is reaping “the fruits of Labour” and that the party’s 25th anniversary celebration on Sunday was “a moment for celebration, for reflection and for preparation”.

Thousands of persons turned out to the rally at the decommissioned ET Joshua Airport in Arnos Vale, where Jamaican artiste Busy Signal was the featured act.

Caesar, who is into his second five-year term as Member of Parliament for South Central Windward, said the ULP is a united team standing ready to continue the fight for progress for the people of St. Vincent and the Grenadines.

He said that in South Central Windward, by 2020, there will be an average of “one home-grown medical doctor” per village.

“These are the advancements in our healthcare that I cherish most,” the agriculture minister said, adding that parents are proud of the successes of their children, all taking place under Labour.

Over the last decade, SVG has positioned itself as the breadbasket of the southern Caribbean,” Caesar said.

“That is good news. The good news that is that cocoa expansion continues in this country. We now produce one of the best chocolates in the entire world.  Soon, we will be seeing further investments in spices. The good news is that we continue to export cattle and recently there is a demand for other livestock to be exported.

“We are not stopping there. We are currently exploring a multimillion dollar livestock market in Trinidad and Tobago,” Caesar said.

He said that Jude Jack, of Grenada, comes to SVG to buy livestock because he has confidence in the agriculture in the country.

“We have started the conversation to build our own abattoir, so that butchers can become more competitive, Caesar said.

“The good news is that we are still a root crop superpower in CARICOM, maintaining our trade to Trinidad and Tobago, to Barbados and the British Virgin Islands. There are investors right now on the ground addressing the possibilities of value addition to root crops.”

Caesar said the government is working on establishing a modern medical industry, of which cannabis will play a very important part.

“We are not leaving behind the other hundreds of plants we have with medicinal properties. We begin with cannabis in a major way; we promise you that we will provide the best law to protect our traditional cultivators and we have put it in place.”

8 replies on “SVG reaping ‘the fruits of Labour’”